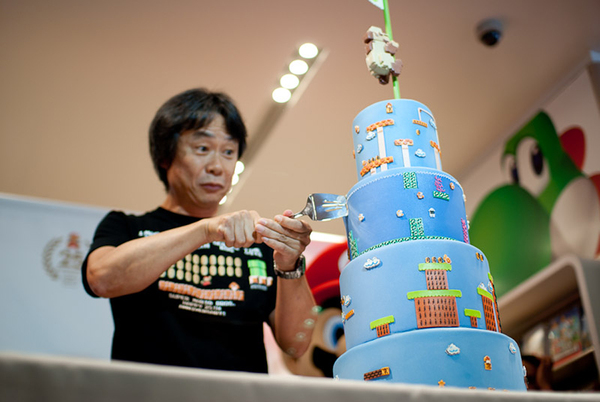 Today we wish a Happy 68th birthday to the tireless Nintendo Shigeru Miyamoto.

Miyamoto has worked at Nintendo since 1977 and is behind many of its staple series such as Super Mario, The Legend of Zelda, Donkey Kong, Star Fox, and Pikmin, across several console generations.

Miyamoto graduated from the Kanazawa Municipal College of Industrial Arts and originally wanted to become a manga artist. But thanks to the help of his father, he became an employee at Nintendo instead.

He now supervises and guides the newer developers at Nintendo, and taking care of the Super Nintendo World project which draws closer to completion. He was also recognized as a person who made significant cultural contributions to Japan just last year.

Miyamoto has had an incredible impact on the world of gaming for generations of players.

We at NintendoSoup would like to wish Miyamoto-san a Happy 68th birthday and we can’t wait to see what he does next!

How has your gaming experience been affected by Miyamoto? Let us know below.