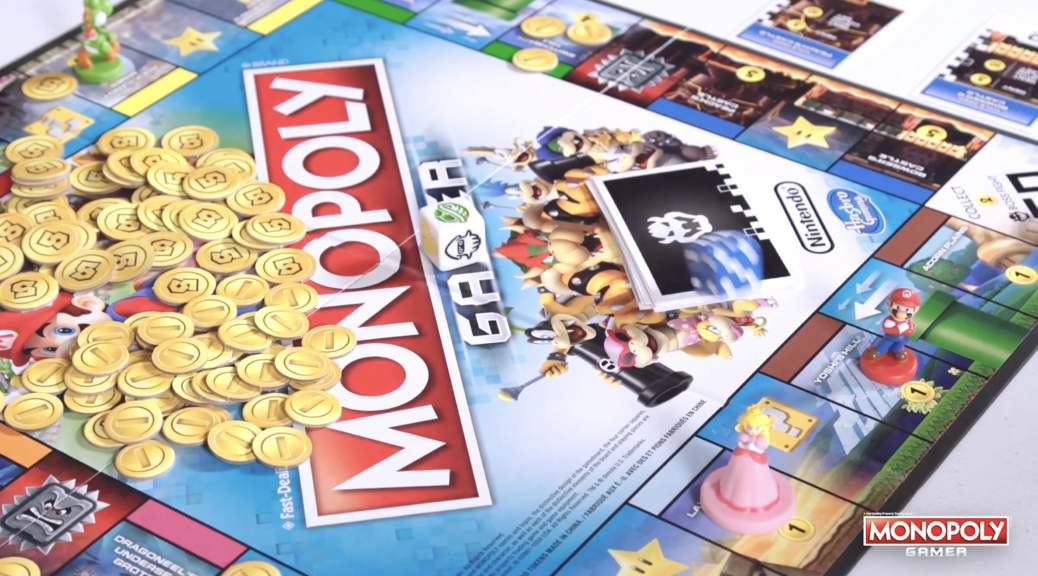 Monopoly maker Hasbro has announced Monopoly Gamer, featuring the Mario Series. While it is easy to say that this is basically a Mario Skin, it is actually a bit more than that. On top of the Mario skin, the rules are slightly altered to make the game more interesting. You can take a look at the rules in the youtube video below:

The board game will come in the standard and Gamestop exclusive Collectors Edition.

Alongside the board game, what is any game without some “Expansion Packs”. Announced with the board game is an 8 figure expansion pack to complement the set, giving you more characters such a Rosalina to choose from.

While I’m not exactly sold on the idea, you might be hungry to get your hands on it. Head on to the following sites to find out more.