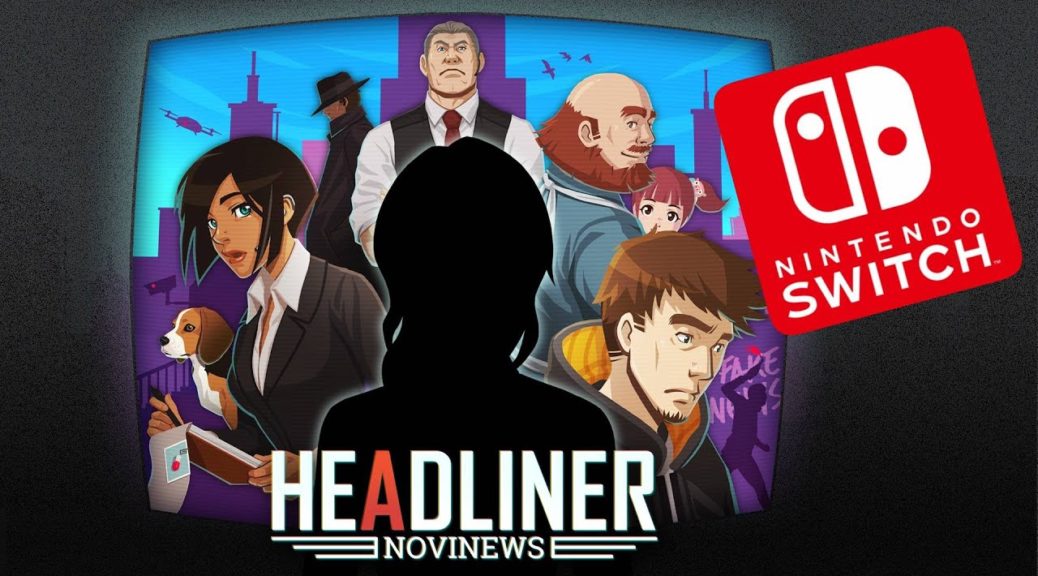 Headliner: NoviNews will now launch September 5, 2019 via the Nintendo Switch eShop. The game is now available for digital pre-order for USD13.99.

This just in: Unbound Creations is bringing its unapologetically politically charged potboiler and news editor sim Headliner: NoviNews to Nintendo Switch on September 5th. Pre-orders are available on the Nintendo Switch eShop for $13.99. PlayStation 4 and Xbox One versions will follow in December through publisher Chorus Worldwide.

Cast in the role of a “Headliner”, you operate as the chief editor of the country’s largest news publication. Acting as the voice of the publication,  you must decide what stories to run, meet your quotas, keep your audience engaged, and make enough money to keep food in the dog bowl. Controversy equals clicks, and with the world in conflict, it’s up to you to cultivate the country’s culture through the court of public opinion.

Beyond making executive decisions behind your desk, Headliner: NoviNews also lets you walk the streets as your custom made avatar observes how the stories you ran influenced the public. Which politicians will they support? Will a riot break out? How will you report on said riot? With geopolitical tensions at an all-time high, it’s never an easy decision being the Headliner!

“I’ve been a big fan of the Nintendo Switch since its inception, and felt like there was untapped potential for it to house serious political games,” said Unbound Creations founder and director Jakub Kasztalski. “I’ve always been interested in how media shapes people’s perceptions, which in turn shapes reality. What stories we deem newsworthy, and how we report on those stories, fundamentally changes our entire society. Headliner: NoviNewsexplores the trials and tribulations of trying to remain unbiased in an inherently biased world.”

Headliner: NoviNews recently won the “Best Overall Game” of Intel Buzz Seattle, 2018, was a finalist for Best Action & Adventure Game at the 2018 TIGA Awards, and it was part of the Official Selection at PAX West 2018’s Indie Megabooth and the same year’s Seattle Indies Expo.