Here's The Backstory Of Badman In Travis Touchdown: No More Heroes | NintendoSoup 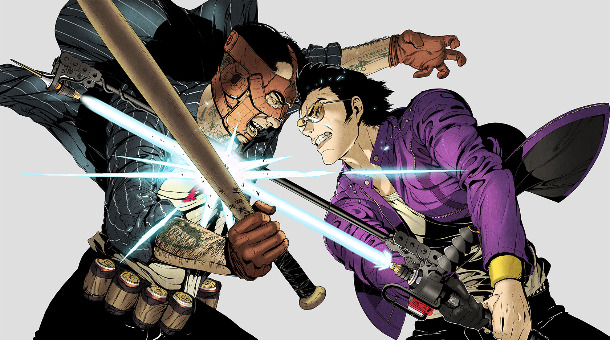 In an interview with Destructoid, Suda51 revealed more details about Badman’s role and backstory in Travis Touchdown: No More Heroes.

Have a look at what Suda51 has to say below.

[Badman] was originally a Major League Baseball player. He played for the Astros. Why the Astros? I don’t know, he just played for the Astros. He was a really heavy drinker and he used to get shitfaced during the games. That happened like a few dozen times too often. He’d get really drunk during the games and he ended up getting cut from the team. So yeah, he carries beer with him. After leaving Major League Baseball, he became an assassin. When he became an assassin, he got involved with some really messed up dudes and got injured really badly. They kinda screwed up his face, so now he has the mask to cover it up.

Travis Touchdown: No More Heroes arrives on Nintendo Switch in 2018.