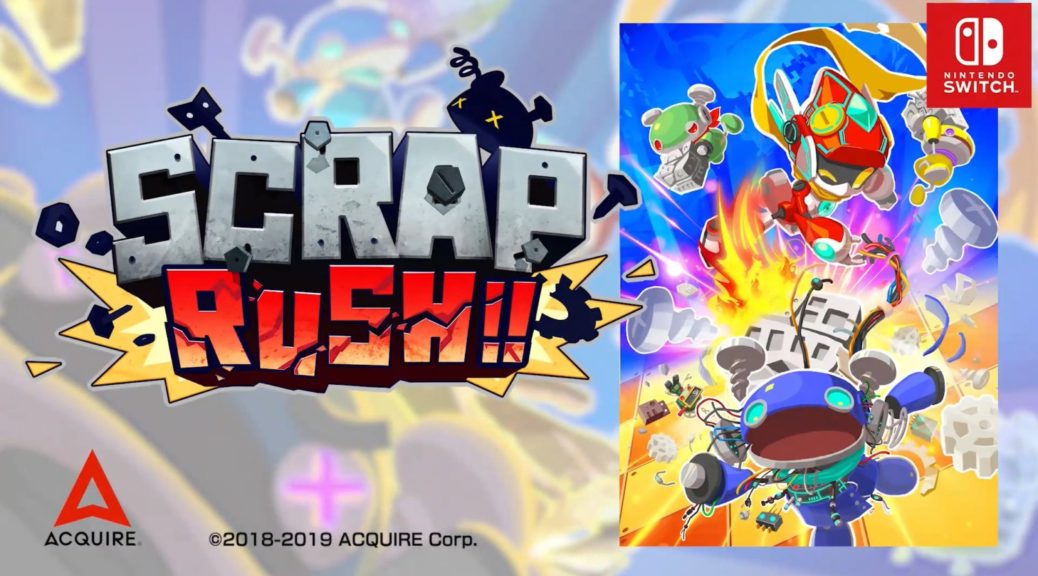 PQube and Acquire have finally confirmed the western release date for the maze-based arcade game SCRAP RUSH!! for Switch!

After trending in the Japanese eShop in April, the colourful multiplayer mayhem for up to four players is set to challenge friendships in the west in Summer 2019.

SCRAP RUSH!! puts you and your friends into an arena full of metal blocks that might remind you of classics like Bomberman. Instead of bombs, you collect scrap, turn it into blocks, launch them in straight lines to crush your opponents between them and the wall to grab their scrap while dodging other players’ attacks! Depending on the game mode, last robot standing or the one with the most scrap wins.

Got the basics? Then let’s have a closer look at the action!