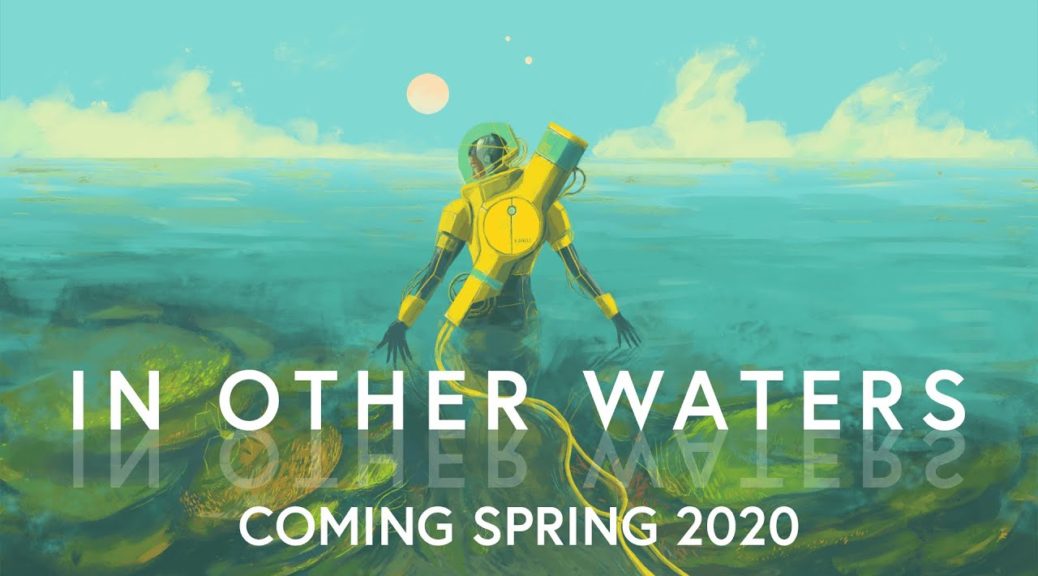 Feel like staking out into the unknown realm of the narrative game genre? Well, this upcoming title might just be your cup of tea!

Developer Fellow Traveller has revealed that their latest narrative adventure In Other Waters will be hitting Nintendo Switch, PC, and Mac during Spring 2020. The game sees players as the on-board AI of an galactic explorer – who finds herself on a wild, ocean-like planet. In terms of gameplay, players will be guiding the explorer through various locations, while ensuring that her vitals stay stable and conversing idly with her.

The human race has exhausted the earth of its resources and must travel forth to alien worlds to ensure its survival. Fellow Traveller and Jump Over the Age invite players to dip their toes into In Other Waters, a unique narrative adventure that puts players in the role of an AI assistant revealing the mysteries of the turquoise depths of an alien ocean, coming to PC, Mac and Nintendo Switch.

In Other Waters tells the story of Ellery Vas, a xenobiologist who discovers extraterrestrial life while searching for her missing partner.

When Ellery is called to planet Gliese 677Cc by Minae Nomura, only to arrive at an abandoned base, she finds herself adrift in an ocean of secrets, with little more than a malfunctioning diving suit and a strange AI to guide her. You are this AI.

In Other Waters, the 2019 IndieCade Europe Jury Prix award winner, is sci-fi without soldiers and violence focusing instead on wonder and exploration, fear and vulnerability, and the relationship between a long-dormant AI and its human pilot. The relationship between the AI and the operator unfolds over an impactful narrative uniquely interpreted by the player. The depths of Glies 677Cc contain many secrets. For life to continue, it must change. What will you discover as you track, sample and learn about life inside this alien ocean?

Coming to PC and Nintendo Switch in 2020.