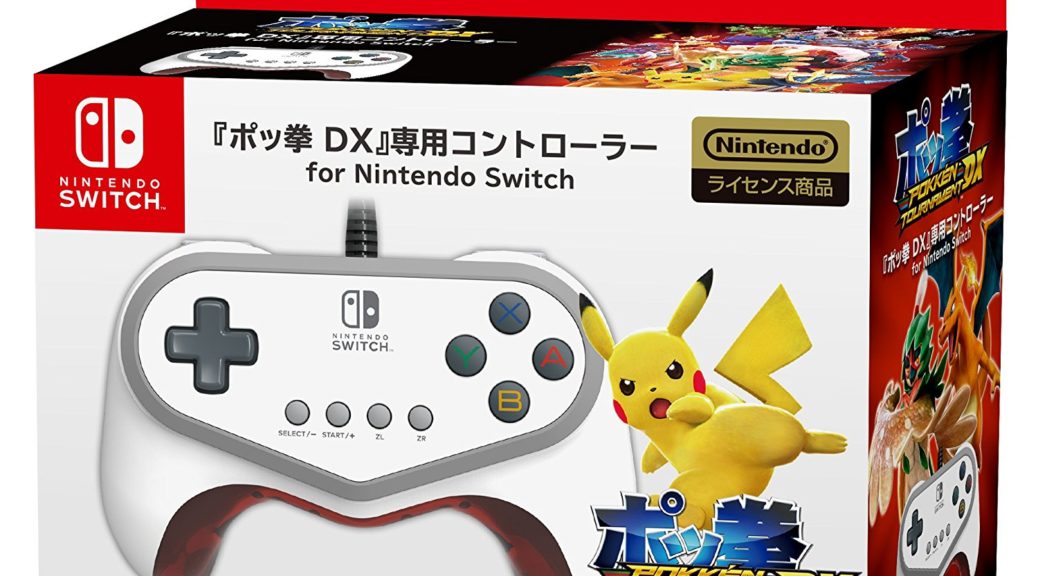 The controller looks identical to the original HORI Pokken Tournament Wii U Controller. It’ll need to be connected to the Nintendo Switch Dock in order to work. The only difference between the Switch and Wii U controllers are different packaging and a Nintendo Switch logo on the controller itself.

If you previously own any of the Pokken Wii U controllers manufactured by HORI, they’ll work on the Switch too by simply connecting them to the Nintendo Switch Dock.

The Pokken Tournament DX Controller for Nintendo Switch launches in Japan on September 22, and will soon be available for pre-order on Amazon Japan (ships worldwide).