Scalpers in Japan are raking in massive profits after pre-orders started for the popular Nintendo Switch Animal Crossing: New Horizons set on March 6, 2020.

Dozens of listings for the console have went up on various auction websites in Japan, with most going for 55,000 yen (USD522) to 75,000 yen (USD712). For comparison’s sake, the retail price is 39,556 yen (USD375), so at the very minimum these scalpers are making USD150 per sale. Despite the huge difference, many people are buying the overpriced consoles from scalpers:

There’s even an absurd 98,000 yen (USD930) listing on Amazon Japan, and many Japanese users have warned others on Twitter not to buy it: 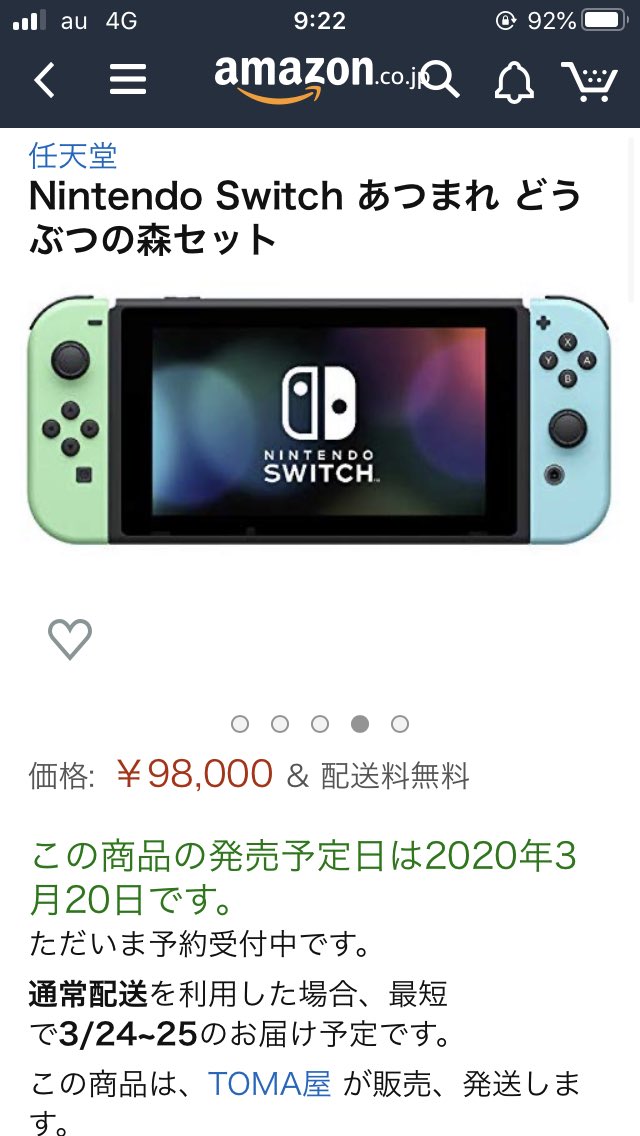 Although Nintendo has previously announced that the Nintendo Switch Animal Crossing: New Horizons set isn’t a limited edition console but one that will be constantly restocked in Japan, many customers are still unaware of that and have no problems with paying scalpers for the overpriced consoles.