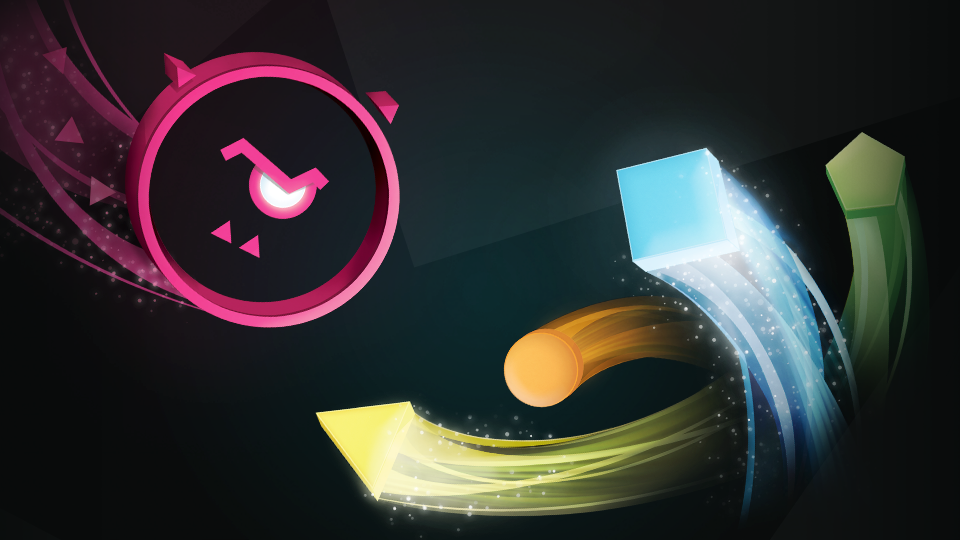 Berzerk Studio’s Just Shape & Beats is now out in the North American Switch eShop. The chaotic co-op musical bullet-hell promises a new spin on the shoot em’ up genre. It will go for $19.99. You can find out more about the game from the Nintendo eShop here.

For those in the European and Japanese region, the game will only be up on the Switch eShop on 11 June 2018.

Just Shapes & Beats it out now on Steam and on Nintendo Switch (NA)!

Unfortunately, Just Shapes & Beats will release on the EU and JP eShop a little later, on June 11th for everyone looking for a game to play while watching those long E3 conferences.

It’s a new spin on the SHMUP genre, adding a layer of cooperation that’s at the core of the game: because everything is better with friends. Play alone or with up to four players, local or online, through the game’s Story Mode or Challenge Runs.

You like music? SO. DO. WE. That’s why we have 35 hand crafted stages with licensed tracks from over 20 chiptune and EDM artists.

Listen to the Soundtrack on Spotify

OH MY GOD MULTIPLAYER NO WAY

Gather up your squad and play up to 4 player co-op, drop-in drop-out, either all on your couch for a house party, or an online party!

Don’t have/like your friends? Make new friends by playing a few quick online challenge runs. Let us pick your new buds for the next hours; strangers are just friends you haven’t met yet.

HAVE IT YOUR WAY

The Story mode helps you learn the ropes with more accessible tracks and an optional casual gameplay mode. When you think you’re ready, Challenge Runs is where you get to prove yourself: get judged on your skills by playing through randomly picked tracks.

Need some kind of training montage to get better? Rip your sleeves off and practice the tracks you’re struggling to master in the Playlist.

Literally the soundtrack of your party!

Let the game play in Party Mode and light up your social gatherings, + you can even have people playing those cool party stages while the music plays if they’re into that, because WE’VE THOUGHT ABOUT EVERYTHING. So yeah, go ahead and throw the most epic party of your life thanks to us–you’re welcome.

Find the game on the eShop: switch.justshapesandbeats.com