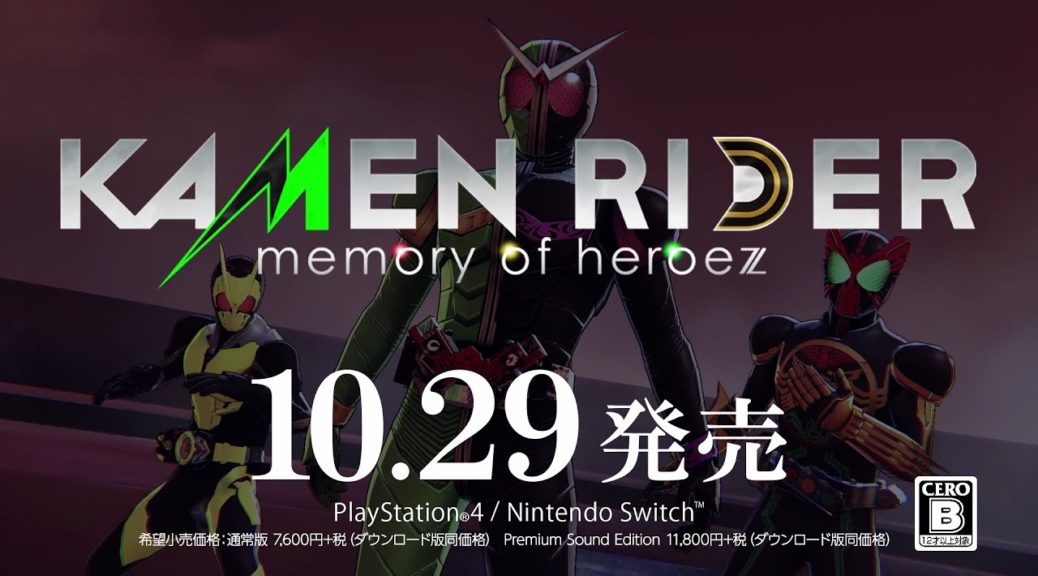 Bandai Namco has uploaded a new commercial for Kamen Rider: Memory Of Heroez.

Although the commercial does not show that much new footage, it does show off a new form for Kamen Rider OOO which was never used in his original series.

Presumably, this could mean that he and the other riders may have access to more alternate forms in the game that have been shown in the promos so far, although we would have to wait for more footage to be sure.

You can check out the commercial for yourself below: