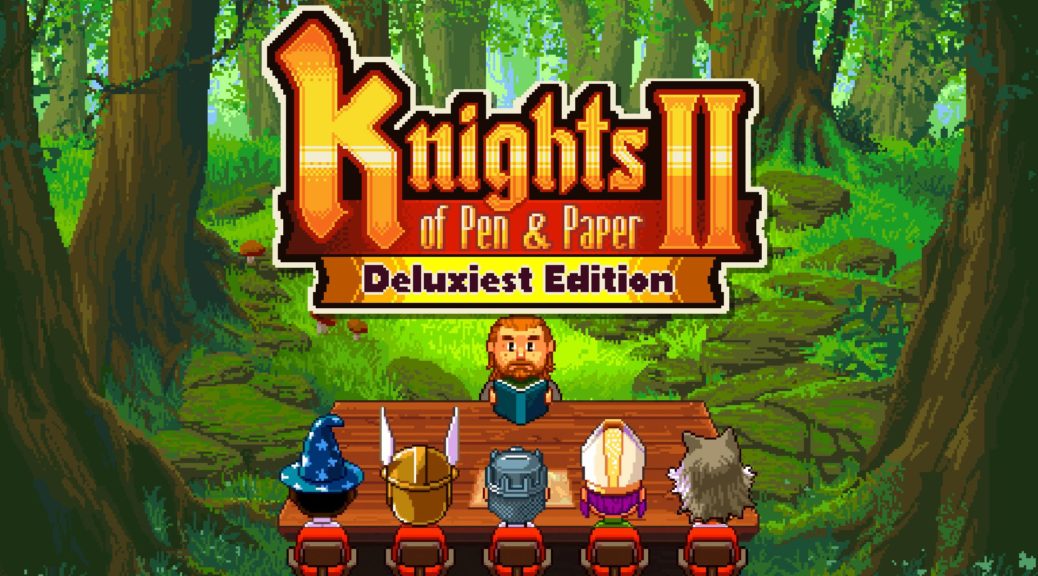 Seaven Studios has announced they’re planning to release Knights of Pen and Paper 2 – Deluxiest Edition on Nintendo Switch later this year before Christmas 2018.

Knights of Pen and Paper 2 – Deluxiest Edition was revealed via a Super Rare Games announcement yesterday. The game’s physical release will be published by Super Rare Games, while the digital version will be handled by Seaven Studios.

Assemble your party and control your group of pen and paper role-players as they are guided through their adventures by the Game Master.  All the fun of pen and paper RP, none of the lost dice!

Now including races like Dwarf or Elf, assemble the party of your choice, choose quests and combat encounters, delve into dungeons, craft powerful items, and complain loudly to the GM.