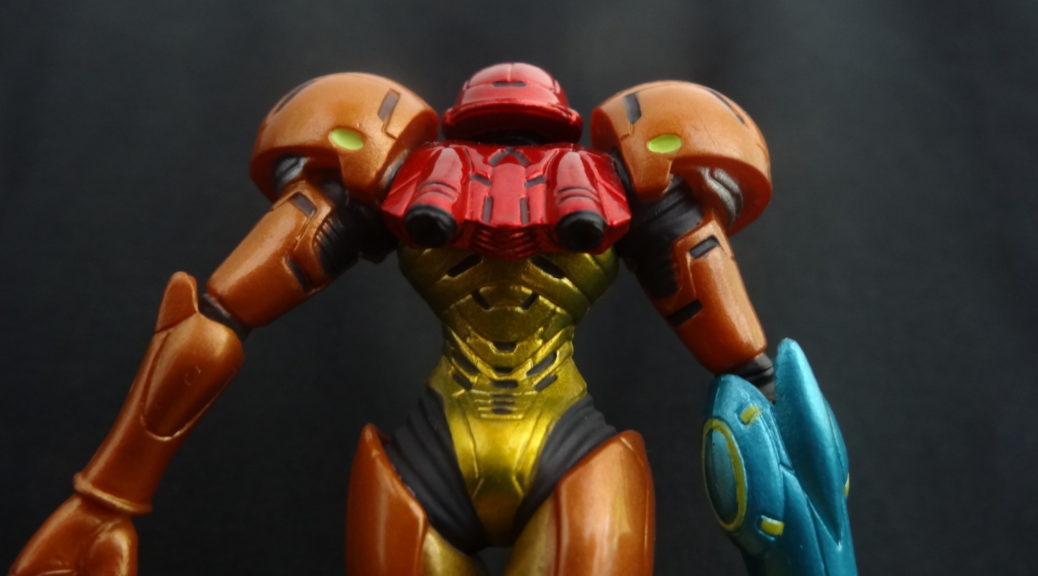 The Nintendo amiibo Collection is one that speaks both the legacy and story of each character. In each week’s Know Your amiibo, we delve into the back story, as well as, trivia of one particularly lucky amiibo.

The main face of the Metroid series, Samus has been synonymous with the Metroid franchise since it was launched three decades ago in 1986. The character was so tied to the Metroid Franchise that when Nintendo announced that Samus will not be the main character in 2016s Metroid: Federation Force – Which happens to coincide with Metroid’s 30th anniversary – an uproar ensued.

Samus began her journey back in 1986’s Metroid. When the game was first released on the NES, Samus’ true gender was largely kept hidden. Her bulky armoured appearance concealed the true nature of her gender and even the instruction manuals of the time had purposely misled players to think that Samus was a guy. It was only when you manage to complete the game in under an hour then did Samus’ true gender be revealed. Nintendo’s decision to make Samus a female was a huge turning point back then for video games where player-controlled characters were predominantly male.

Samus first appeared in the first instalment of Super Smash Bros. and later continued her appearance in all of the following sequels. Though being a low-tier character in her latest appearance (SSB for Wii U/3DS), she was noticeably buffed from her Brawl appearance. The heavyweight character is also known for her strong aerial manoeuvres and defensive move set.

The amiibo takes its image from the Samus trophy in Super Smash Bros. for Wii U/3DS. Released as part of the Smash first wave, it was one of the better designed first wave amiibo. From front to back, each intricate break in the armour, as well as, its smooth glossy finish, were on point for a figure that retailed at $12.99.

Although Samus did not suffer the same backlash as some of her first wave amiibo comrades, such as pee-stick Link, or blue stick Fox, or even derp Marth, it did experience its fair share of defects, most notably the twin gun defect. 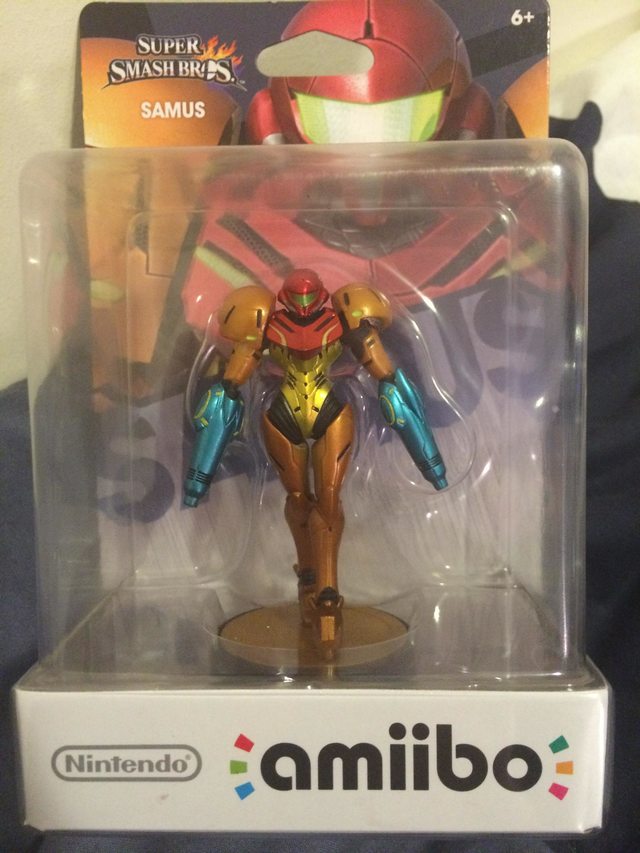 The defective amiibo eventually went on eBay and was sold for a whopping $2,500.

The amiibo can be used in Super Smash Bros. for Wii U and 3DS to summon a trainable CPU character like the other amiibo figures from the Smash line. The CPU character can then be trained and save back into the amiibo to be carried anywhere.

The amiibo is also useful in a variety of other games as well. In games such as Mario Kart 8, Super Mario Maker and Ace Combat: Assault Horizon Legacy +, scanning Samus will unlock a Samus skin.