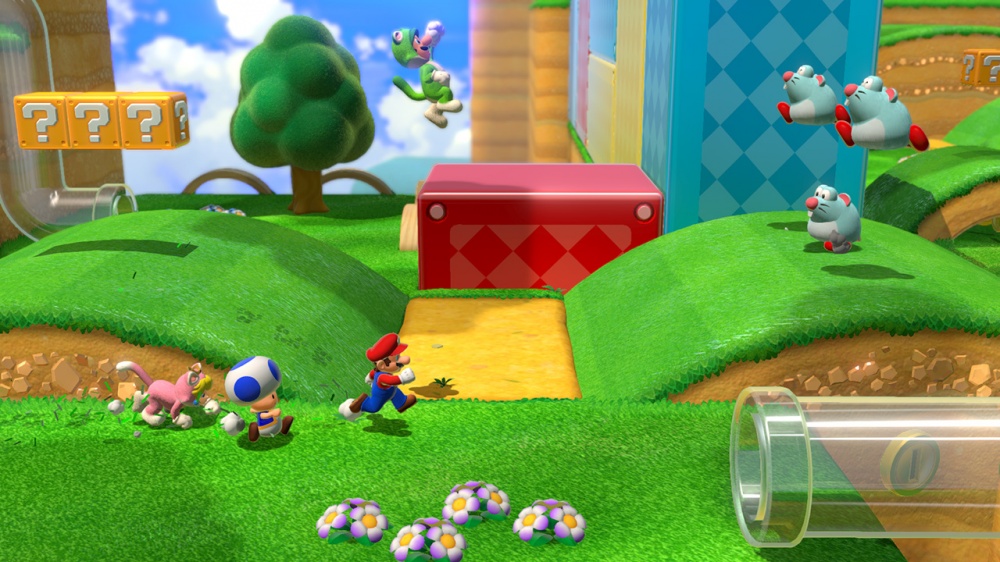 Previously, Koei Tecmo and Nintendo teamed up to bring us Hyrule Warriors and Hyrule Warriors: Age Of Calamity, a pair of The Legend Of Zelda spin-off games featuring action-packed musou-style gameplay.

Following the release of these games, many have naturally begun wondering if there might be plans to adapt any more Nintendo properties into musou games. In an interview with JP Games about Samurai Warriors 5, producer and Koei Tecmo president Hisashi Koinuma was asked which video game series he would like to make a musou game out of. His response? None other than Nintendo’s flagship superstar Mario:

Q. It’s completely hypothetical, but since we’re on the subject of crossovers: personally, which Musou crossover would you like to see? For me, it would be Yakuza. Rampaging through the hordes with Kazuma Kiryu or Goro Majima would be awesome.

Hisashi Koinuma: If the series would work as an action game then it’s definitely possible. While I don’t have any ideas on how to make this a reality, I think Mario would be my pick.

Back in 2018, Koinuma did mention that he would love to work on a Mario game, whether it be musou style or not. Although it may be hard to imagine Mario and friends battling hordes of Goomba and other baddies, if Ubisoft can turn Mario into a successful turn-based tactics game, perhaps anything is possible.