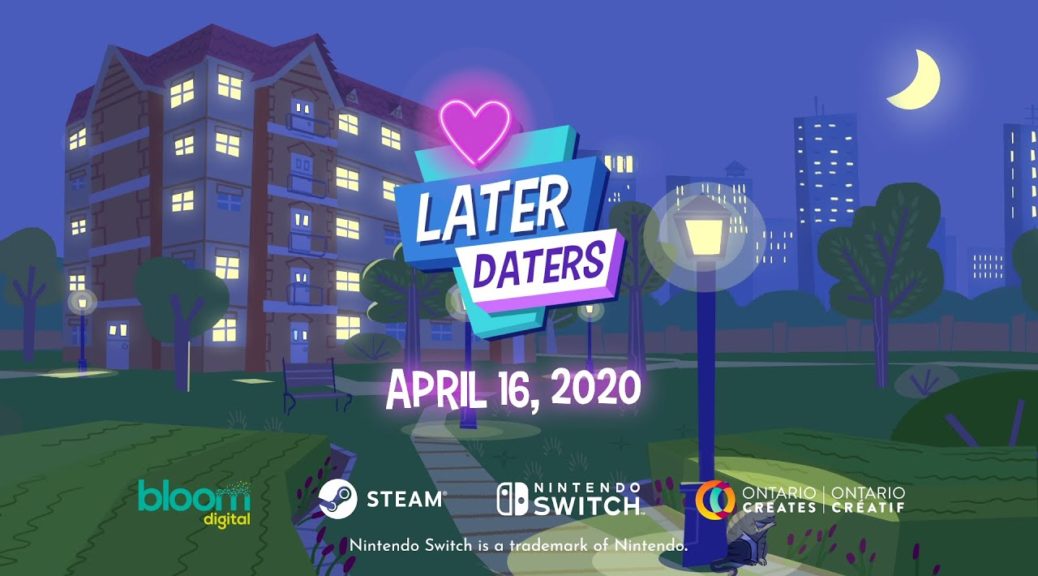 The best surprise Valentine’s gift has arrived today with the reveal that Later Daters, the upcoming saucy old souls dating sim is going to be officially released on Steam, Itch.io, and Switch, the 16th of April, 2020.

Canadian indie developers Bloom Digital Media, creators of the award-winning LongStory, are putting the finishing touches on the first three episodes of their charming and heartfelt visual novel, showing how love can bloom late for the game’s sexy seniors. The second series of episodes of Later Daters will release later this year.

Later Daters shows that life really does begin at 60, as you arrive as the newest resident to Ye OLDE retirement community. Here, you’ll join a cast of flirts and lovemakers on the prowl, all of whom don’t subscribe to stereotypes about the elderly. They are not (necessarily) grandparents, and certainly don’t exist in some de-sexualized world of hemorrhoid cream, sensible shoes, and daytime bingo. The heartfelt dating sim follows the characters as they explore their desires and passions in the sunset of life, while also confronting their own mortality.

As a visual novel set to span several episodes, Later Daters allows you to play as a sexy senior! Customize your look, name, romance history, and gender, from the pet companion who will accompany you on your romantic adventures to your avatar and your dating history. Date and flirt with eight fetching residents of Ye OLDE, while exploring different relationships and intertwining stories of Later Daters. If the chairs are a-rockin, don’t come a-knockin’!

Players who would like to know more about Later Daters can follow Bloom Digital’s Twitter or Facebook page, or wishlist the game on Steam. Bloom Digital will also be present at PAX East, Boston from February 27th to March 1st, showing off Later Daters. Don’t hesitate to drop in and say hi!