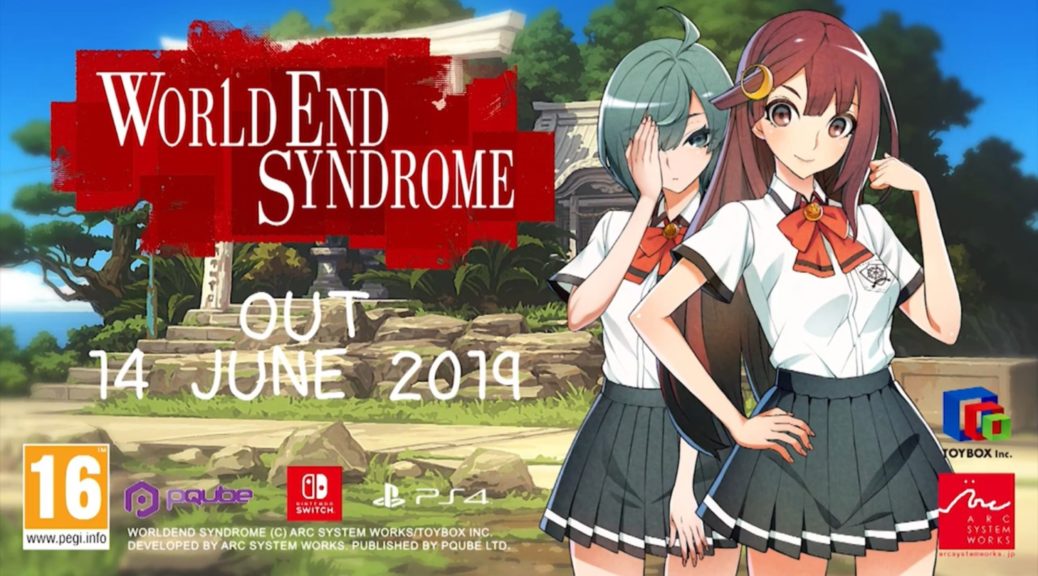 The mystery visual novel with character design by BLAZBLUE lead artist Yuki Kato will be coming to Europe physically and digitally on June 14th.

Get to know the charming cast right below:

Arc System Works brings a new visual novel to the West! Mixing romance with murders and the living dead, World End Syndrome is a gripping story that will make you shiver but ask for more! Arrive in a beautiful seaside town and join the local school’s clubs, before a dead body drifts on the shores of the river and it’s up to you and your friends to figure out if the legend of the Yomibito is true and what it means for the town…

Arc System Works and PQube want you to start getting into the summer mood by introducing the lovely cast of this year’s most exciting summer love story World End Syndrome!

– cheerful and lively, ill-mannered, ends up living with the protagonist, member of the Tennis club

– very shy and unlucky, transfer student from a nearby town, member of the Mystery Research Club, reluctant behaviour makes her look suspicious

– front girl of an idol group, recently picked up acting, got the lead role in a movie, came to Mihate to film

– optimistic, bright and friendly, works as a journalist, came to Mihate for an interview