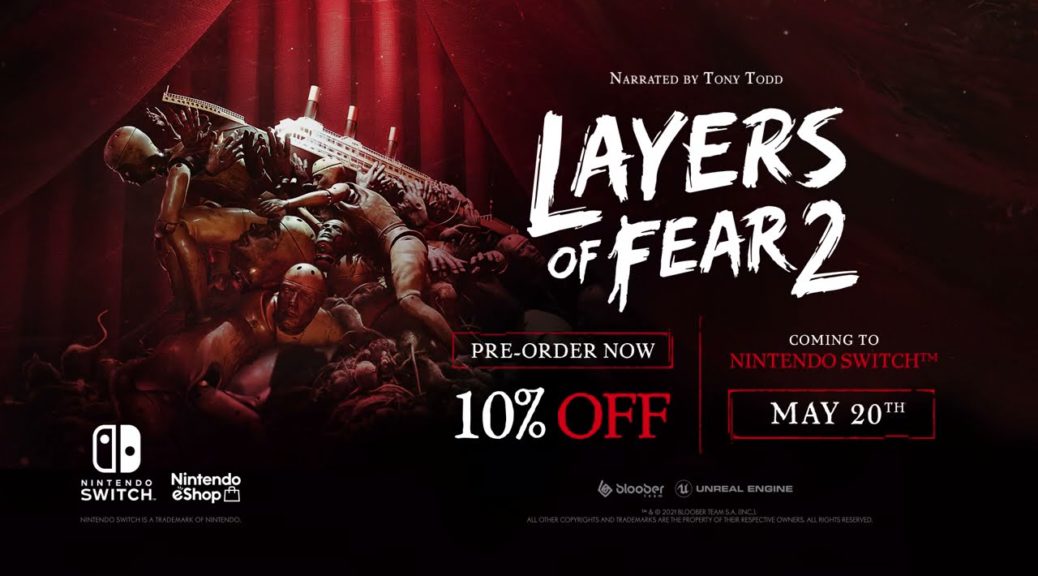 Bloober Team has announced they will be bringing Layers Of Fear 2 to Switch next week.

Originally released back in 2019, the sequel to the popular psychological horror game Layers Of Fear will finally be arriving on Switch May 20th. It is now available to pre-order via the Switch eshop at a 10% off discount.

A new trailer for the Switch version can be found below, along with a summary provided by Bloober Team:

Take the lead part in a terrifying movie by a mysterious and despotic director. Explore the bizarre rooms and corridors of the ocean liner. Piece together your past and expose the reason why you have been cast for this film.

With an emphasis on exploration and storytelling, Layers of Fear 2 puts you in the center of the scene. You are not just in character, you are the character. The part you play is singularly yours. Written just for you. Beware, though, for all may not truly be what it seems.

Your past has helped to mold you into what you are, forced upon you the skills required to hone your craft. That same past has scraped deep furrowing scars into you, not on the outside where the world can see, but in a place buried so deep within that it has become shapeless. You push those memories down but let the experiences drive you into who, or what, you must play.