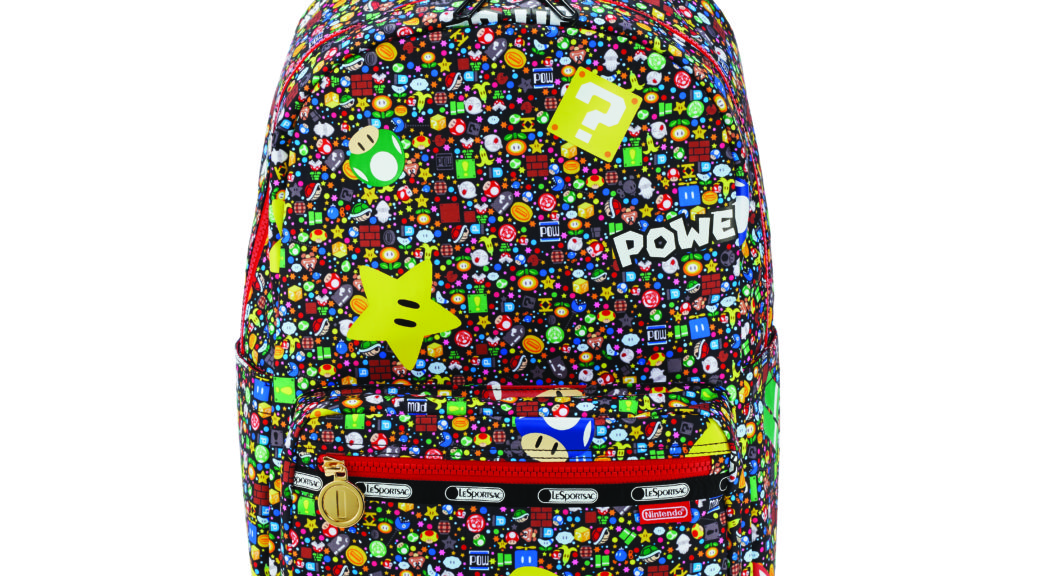 LeSportsac, a company well known for its lifestyle and travel bags, and Nintendo are teaming up to bring a Super Mario Travel Collection lineup to Nintendo fans this holiday season.

The Super Mario Travel Collection will first launch in Japan on July 19, 2017, followed by the United States and other countries this Fall.

More details can be found in the press release below.

LeSportsac and Nintendo have teamed up to celebrate one of the most recognizable video game icons, Mario, with a special collection of totes, backpacks and accessories – launching in time for the holiday travel season.

Holding a treasured place in the hearts of millions, Mario’s adventures have brought him to many strange places, including the far corners of the Mushroom Kingdom and galaxies beyond. Working with Nintendo, LeSportsac took Mario’s passion for exploration and translated it into the brand’s best-selling, on-the-go styles. These include crossbodies, totes, backpacks and weekenders, as well as small cosmetics and accessories that even the Mushroom Kingdom’s most celebrated hero can run away with on his many adventures.

Complementing the collection are five additional items, including an authentic pouch shaped like the Game Boy system, a round Piranha Plant pouch, and a Super Mario Bros. cosmetic. All styles will showcase a custom Super Mario coin zipper pull – because it is all about collecting those coins!

The LeSportsac X Nintendo collection launches in Japan on July 19 and will be available in other countries, including the United States, this fall.