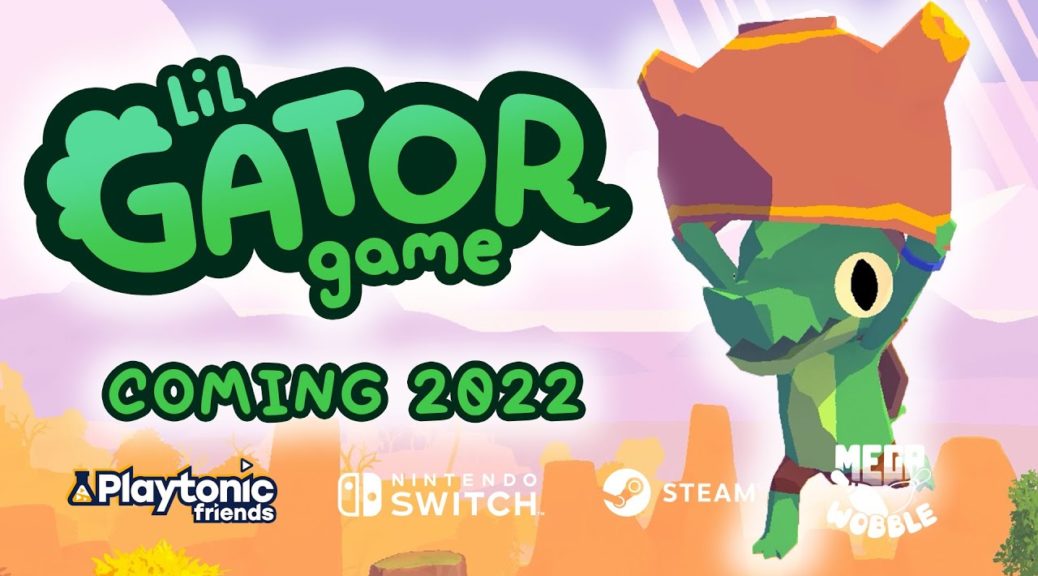 A new whimsical adventure will hitting Switch owners next year, thanks to Playtonic Friends!

The publishing arm of Yooka-Laylee developer Playtonic, has revealed Lil Gator Game – a new exploration adventure game by developer MegaWobble that will launch on Switch and PC in 2022. The game will follow a young alligator as he embarks on his own imaginative adventure to help out other animal folks, in the hopes of inspiring his own older sister to play with him again!

Check out the official trailer and synopsis below:

Under development by brand new indie team MegaWobble, Lil Gator Game is built around the idea of uninterrupted exploration and child-like whimsy with a story not about noble heroes who changed the world or of wicked anti-heroes who learn the error of their ways but of heroes who learn to be better friends without ever losing their heart of gold.

Employ a packed tool-box of toys & abilities to explore a giant play park spread across an island setting as you guide the Lil Gator as he climbs, jumps, glides and flings himself from adventure to adventure, new friend to new friend.