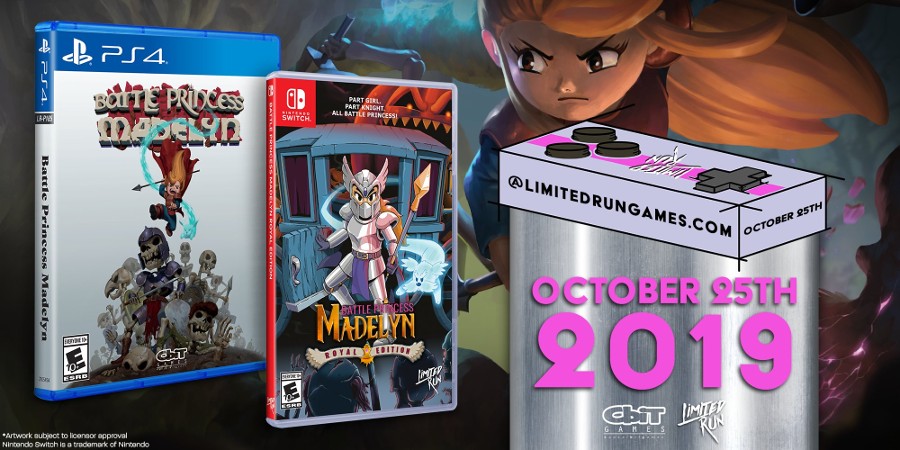 Looking to fill your cabinet with more awesome Switch titles? Limited Run Games have confirmed their next exclusive physical release!

The publisher has revealed that the hardcore platformer Battle Princess Madelyn will be next in line for a limited print-run! Pre-orders based on demand will open for two weeks starting from 25 October 2019 (10 am ET), so mark your calendars!

Madelyn and her (ghost) dog Fritzy must save the kingdom from an evil wizard in Battle Princess Madelyn, a 2D action-adventure from @CausalBitGames.

Battle Princess Madelyn gets a Limited Run for the PS4 and a two-week open pre-order for the Switch this Friday, October 25! pic.twitter.com/uDfWXvCRBl

In addition to this, Limited Run Games confirmed that this physical release would be the ‘Royal Edition‘ of the game – which includes major overhauls to its arcade mode and a complete removal of its ‘long-winded story mode’ by the game’s developer. You can read more details at Limited Run Games’ blog over here.

Otherwise, Limited Run Games did not confirm if the game would be receiving any sort of Collector’s Edition. We’ll report back if and when they reveal more details this week.