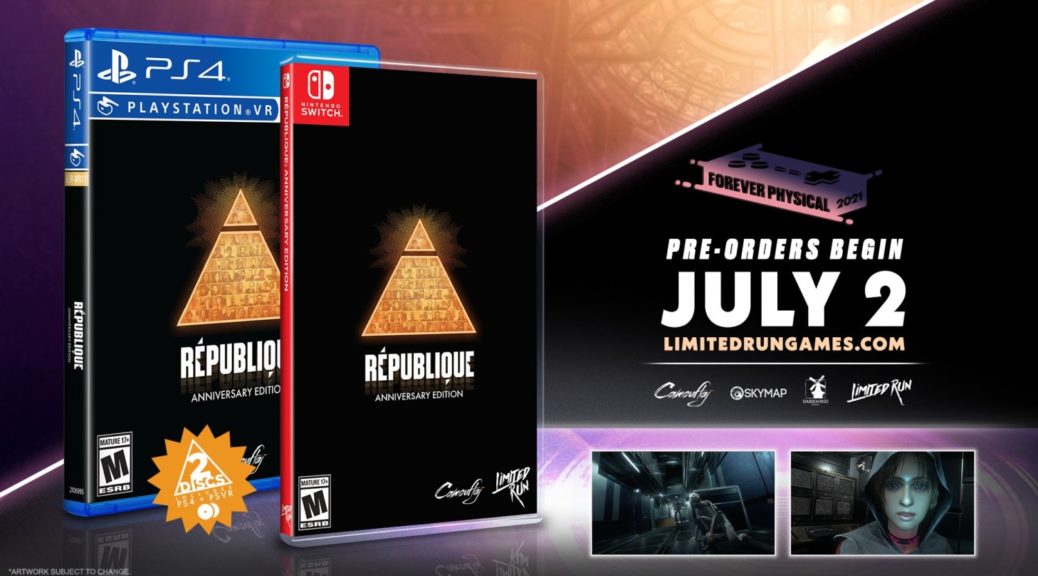 République: Anniversary Edition fans will soon get the chance to own the game physically on Nintendo Switch!

Limited Run Games has confirmed that the stealth action adventure is next in line to get a physical release. Open pre-orders for the title will commence on 2 July 2021 (10 am ET), and run for 4 weeks.

Along with a standard edition for $29.99 USD (pictured above), the publisher also revealed a $64.99 USD Collector’s Edition bundle for the game (seen below) – which will contain extras like a Blu-ray documentary, République manifesto, Postcards, and a Premium slipcover! 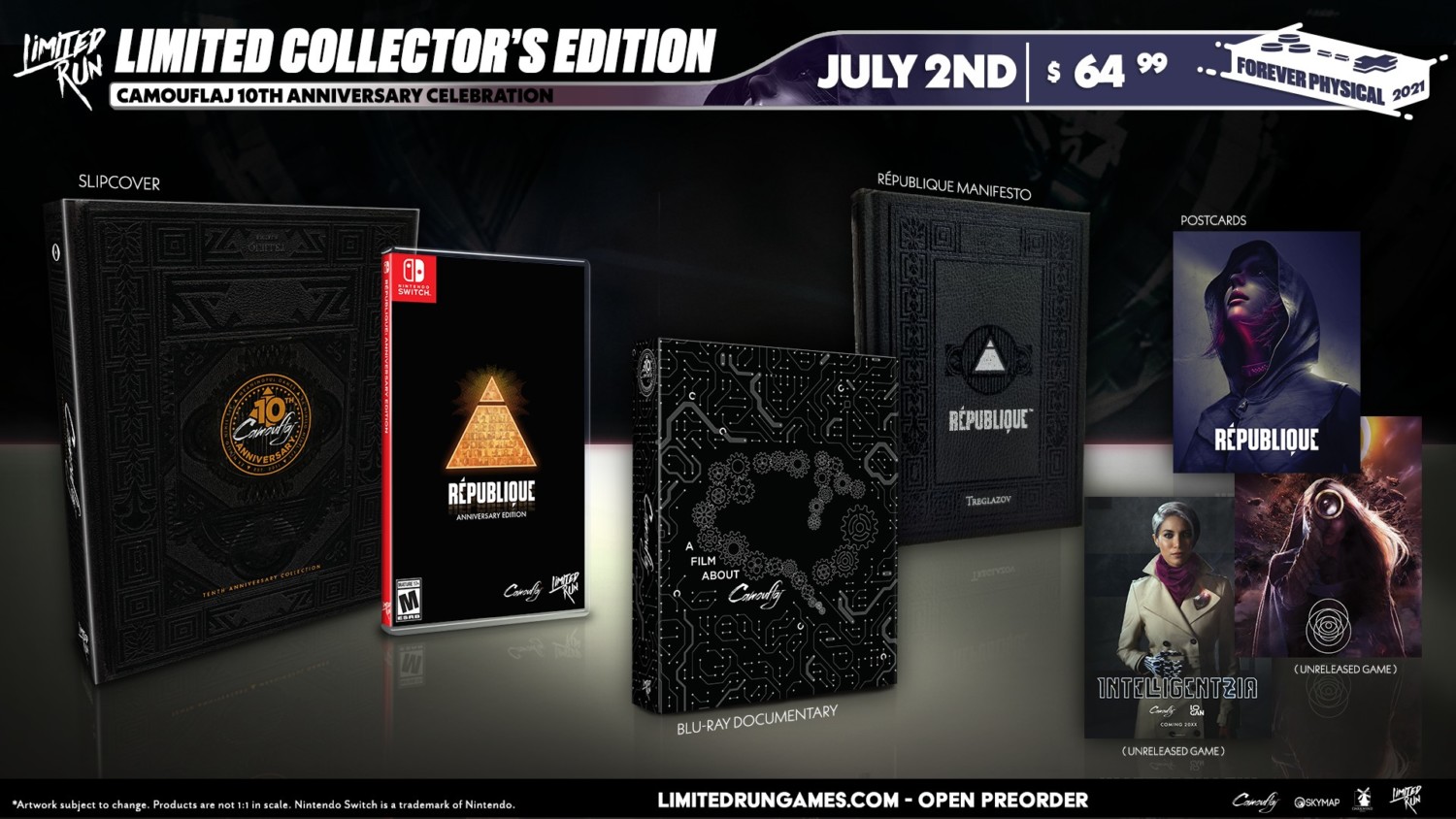 You’ll be able to grab these editions at the following links below when pre-orders open next Friday: