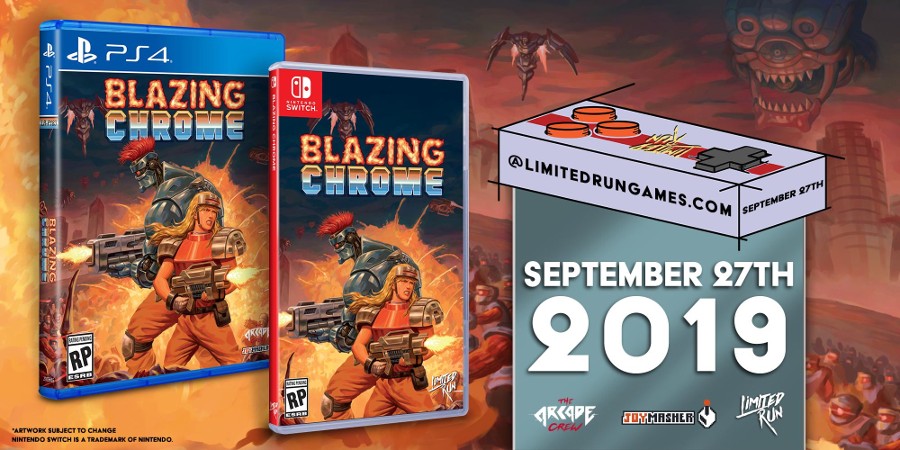 Ready for a double-whammy of collector’s fever this Friday? Limited Run Games has you covered with its newest announcement!

The publisher has revealed that its physical release of Blazing Chrome would also open for pre-orders starting 27 September 2019 (alongside Ms. Splosion Man). Blazing Chrome is a throwback to the age of classic arcade platforming games – with 6 intense stages of high-octane gunning combat!

Kick butt and save humankind from total machine domination in Blazing Chrome, the 2D action game from @JoyMasher and @TheArcadeCrew.

Blazing Chrome opens for a thirty-day pre-order on Nintendo Switch and PS4 this Friday, September 27 at 10 am ET on https://t.co/5Lksol4sqo. pic.twitter.com/pHR10DoENK

Limited Run Games did not confirm if the game would be receiving any sort of Collector’s Edition treatment. We’ll report back if and when they reveal more details this week.