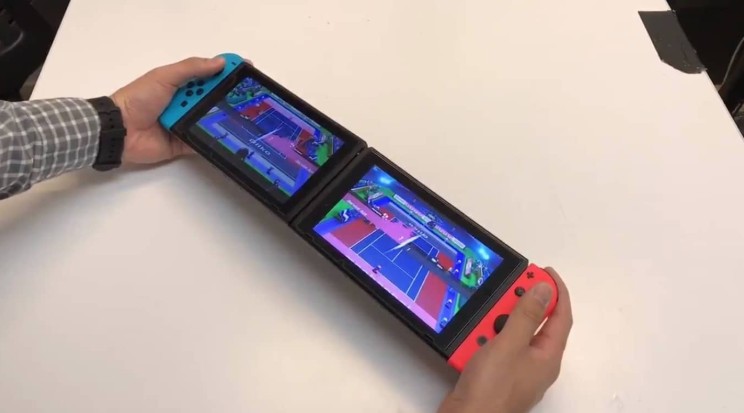 Twitter user Mike Choi recently came up with a small pin that allows him to attach two Nintendo Switch consoles together, allowing lonely players to play as two players in multiplayer games.

By attaching the consoles together, he’s able to play as two players in Mario Tennis Aces with just a single left Joy-Con and right Joy-Con. There’s a video showing how it works:

This pin could probably work with other multiplayer Nintendo Switch games like Mario Kart 8 Deluxe and Super Mario Party.