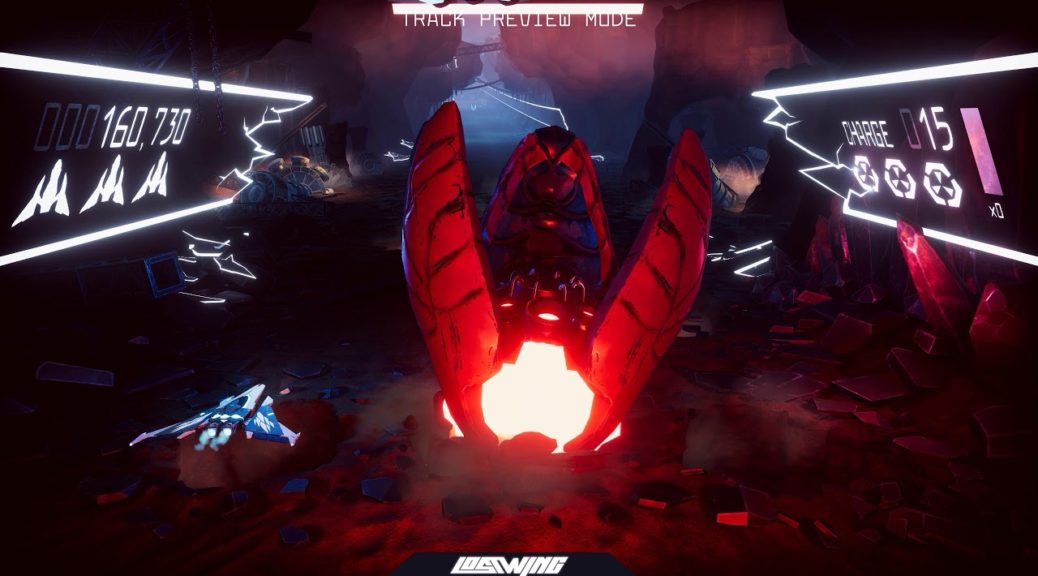 Speed and shoot your way through this race.

2Awesome Studio is proud to announce its partnership with BoxFrog Games to publish Lost Wing on Steam, Nintendo Switch™, PlayStation®4 and Xbox One!

Lost Wing is all about speed, guns, and points. Storm your way through brutally-challenging environments and destroy the mega bosses for a chance to top the leaderboards! Featuring a deep electronic soundtrack and stunning neon sci-fi visuals.

“Ever wondered what would happen if you mixed Wipeout and Thumper and added online leaderboard competition? That’s what we set out to do with Lost Wing”, said Tim Ash, Director of BoxFrog Games.

Lost Wing will be playable on a multitude of devices at Gamescom at Hall 10.1 booth E61 in cooperation with PLITCH.  PLITCH is a software that unlocks items and powers for the player in thousands of single player PC games.

We don’t have an official release date for the game but will keep you updated as we know more.

What do you think about this upcoming game? Let us know below.