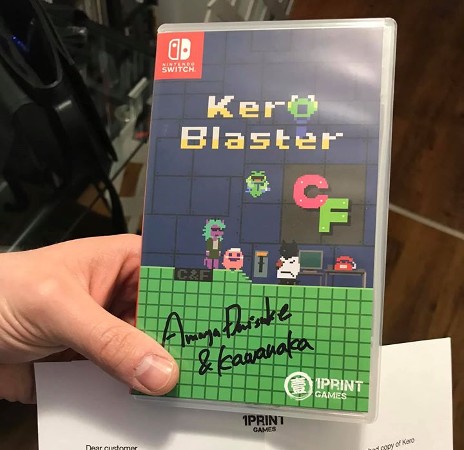 Earlier in 2019, publisher 1Print Games revealed that 25 physical copies of Kero Blaster for Switch would include an autograph by the game’s creator himself – Daisuke Amaya. It’s been just a few short months since the game began shipping out, but it looks like we already have some lucky customers popping up!

Thanks to our sources in the Switch-collecting community, we’ve found one such collector by the name of Corbin – whom was lucky enough to find Amaya-san’s signature in his parcel. As you can see below, it also includes a special letter from 1Print Games congratulating the recipient: 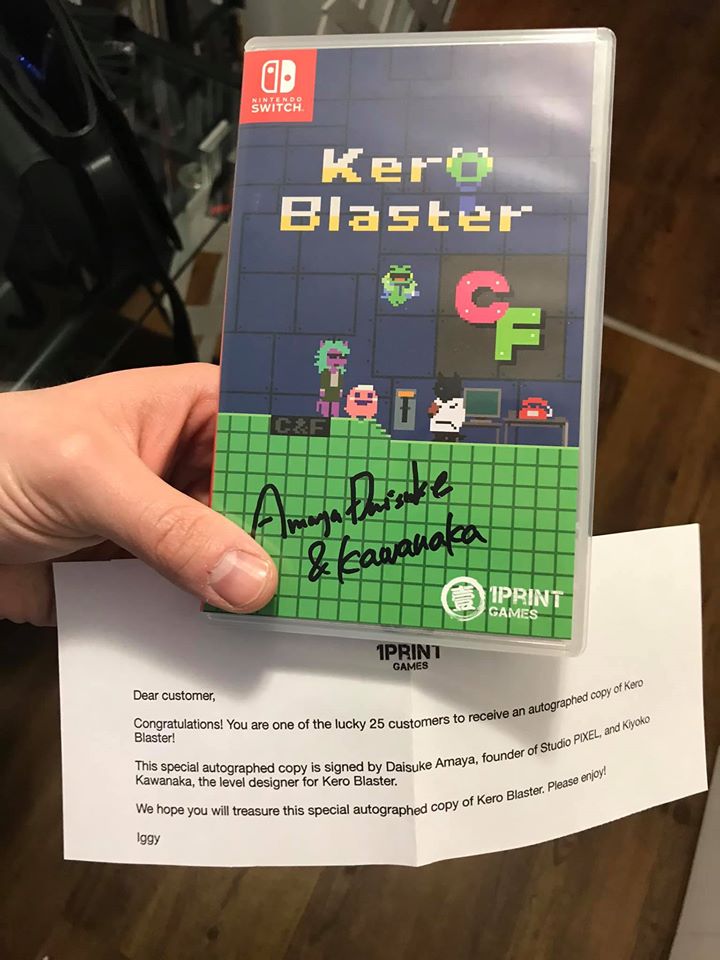 As reported previously, these special copies are randomly distributed to those that purchase the standalone game or triple-pack containing 1Print Games’ future releases of Ittle Dew and Death Squared. If you want a chance to grab one of these awesome collectibles, you can still order a physical copy of Kero Blaster over here (ships worldwide)