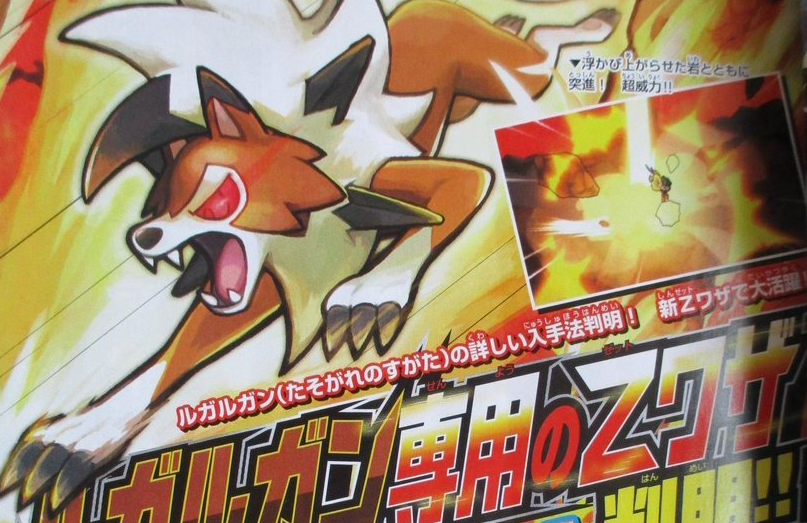 In another leaked scan from the latest issue of CoroCoro, it’s been revealed Lycanroc will be getting a new Z-Move in Pokemon Ultra Sun/Ultra Moon.

All three forms of Lycanroc are able to use this special Z-Move. 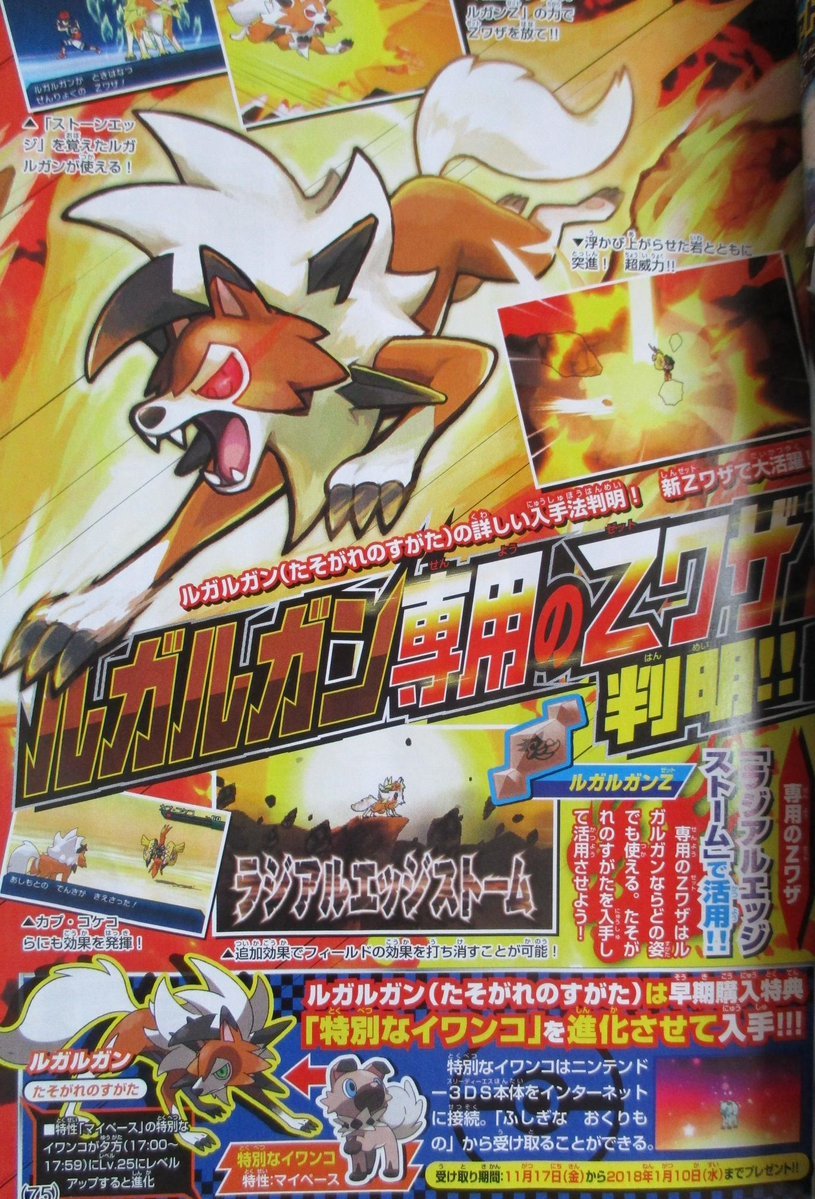 The special Rockruff which will be distributed from November 17 to January 10, 2018 will have an ability called Own Tempo. Only Rockruff with this ability can evolve into Dusk Form Lycanroc between 5pm to 5:59pm at level 25.

Lastly, the Shiny Silvally event which was revealed a few days ago is obtainable by pre-ordering a copy of Pokemon Ultra Sun or Ultra Moon in Japan.