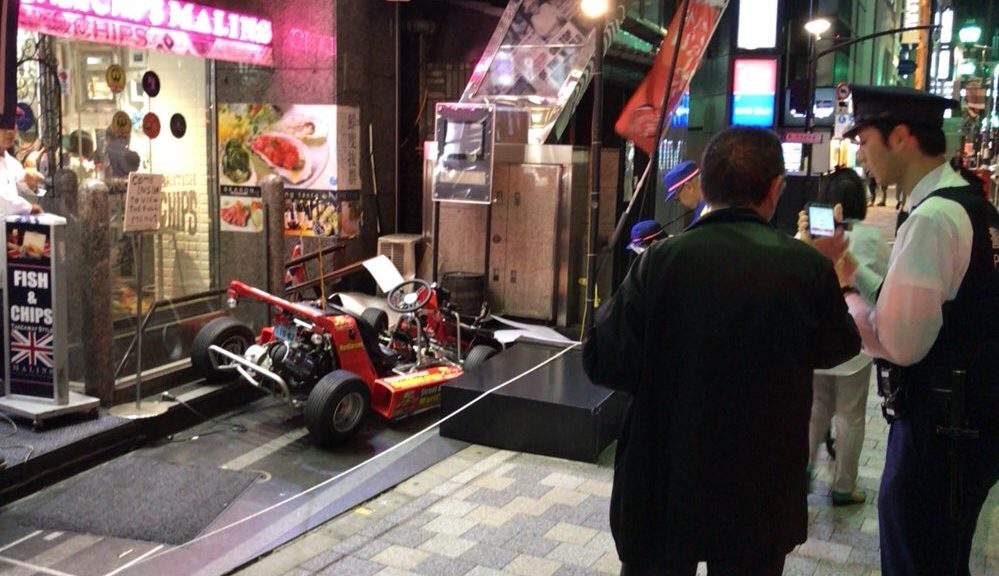 It is all just fun and laughter when you crash in Mario Kart but things are quite different in real life. In Tokyo, where MariCar, a Mario Kart themed Go-Kart business, plough through the streets, accidents can mean huge damages. Drivers have previously knocked onto Police boxes, walls, and more recently, a fish and chips storefront.

On 30 April 2018, a MariCar Go-Kart driven by a Singaporean Tourist lost control and mounted onto the curb, resulting in a collision with Malin’s British fish and chips shop storefront. Luckily no pedestrians were hurt during the incident and the female driver in her 30s escaped with only light injuries.

However, this has reignited the debate on whether MariCar should be allowed on the roads with people taking to Twitter to voice their opinions on the situation.

“Even though they’re not run by Nintendo, this is damaging Nintendo’s image.”
“They have to tighten regulations for these vehicles.”
“It’s only a matter of time before something more serious happens.”
“If they did this sort of thing on busy roads overseas they’d probably be run over by other cars.”
“People who drive these karts have to think about others as well as themselves.”

As if MariCar was not in a difficult position before, Japanese opinion on MariCar has not been positive even before the accident. Still, the Go-Kart remains popular amongst tourist visiting Tokyo. Just watch out for the banana peels before the Fish and Chips Shop.