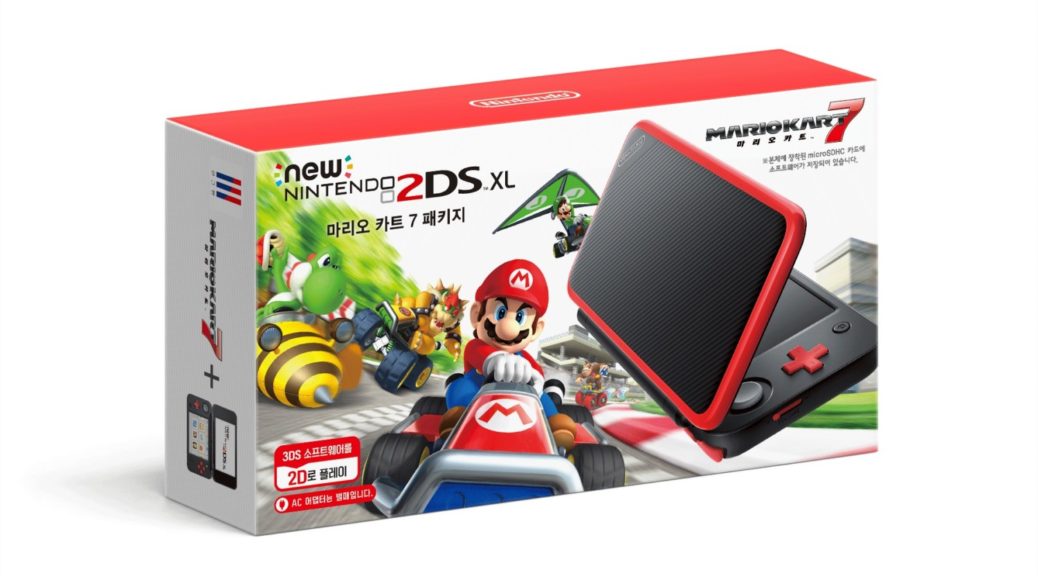 This is the exact same bundle that was released in Japan two months ago. The Red + Black New 2DS XL comes with a pre-installed copy of Mario Kart 7. Koreans will be able to purchase the bundle on September 13, 2018 for 185,000 won / USD166.

The Japanese version of this bundle could be purchased from Amazon Japan.