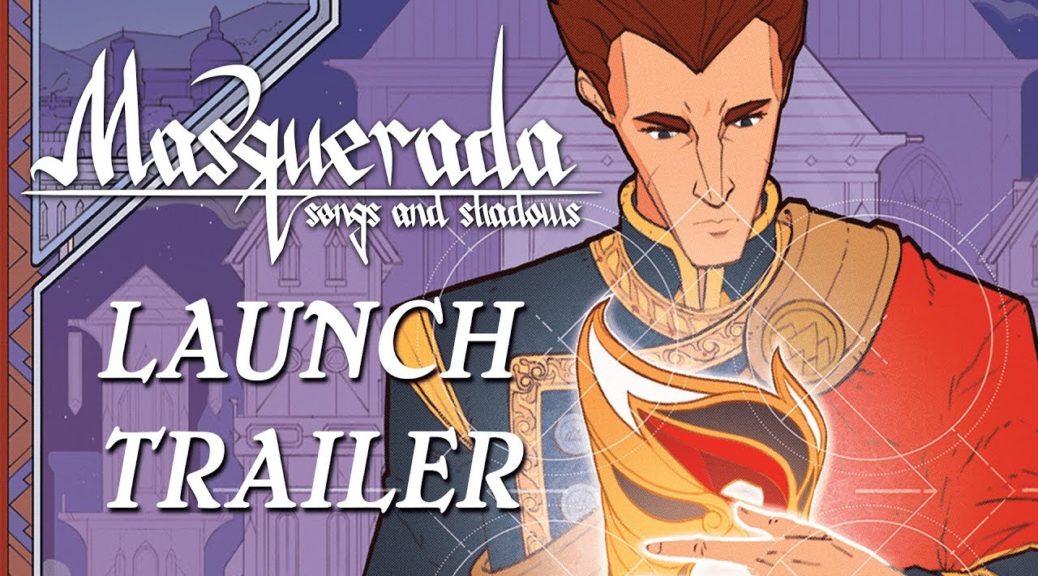 Cicero Gavar searches for a missing friend in Ombre, a fantastical city inspired by Renaissance-era Venice and brought to life in a rich, vibrant hand-drawn art style. As Cicero and his companions navigate a society steeped in class inequality, they must wield the four elements in devastating combos and crush their foes together in real-time combat with tactical pause.

Five years of civil war have rocked this city-state and claimed more than human casualties. Numerous Mascherines, mysterious masks that grant magical powers, have been lost to the destruction. Cicero’s party will discover how their pasts are entwined with not only the war, but with the history of those ancient masks and the ruins of civilization on which their home is built.

“Masquerada’s heroes and lore are riveting, engaging, and rife with complexity,” says Nicholas Chan, writer for Masquerada: Songs and Shadows. “Their individual stories weave together with the chronicles of the land in which they live and fight, building a more personal narrative that doesn’t just focus on the conflict, but on the people who carry the burden of that strife on their shoulders.”

Masquerada: Songs and Shadows is available now on Nintendo Switch, PlayStation 4, Xbox One, Windows and Mac for $19.99. It is fully voiced in English and has text support for French, German, Russian, Brazilian Portuguese, and Turkish.

Are looking to try this tactical RPG? Let us know in the comments.