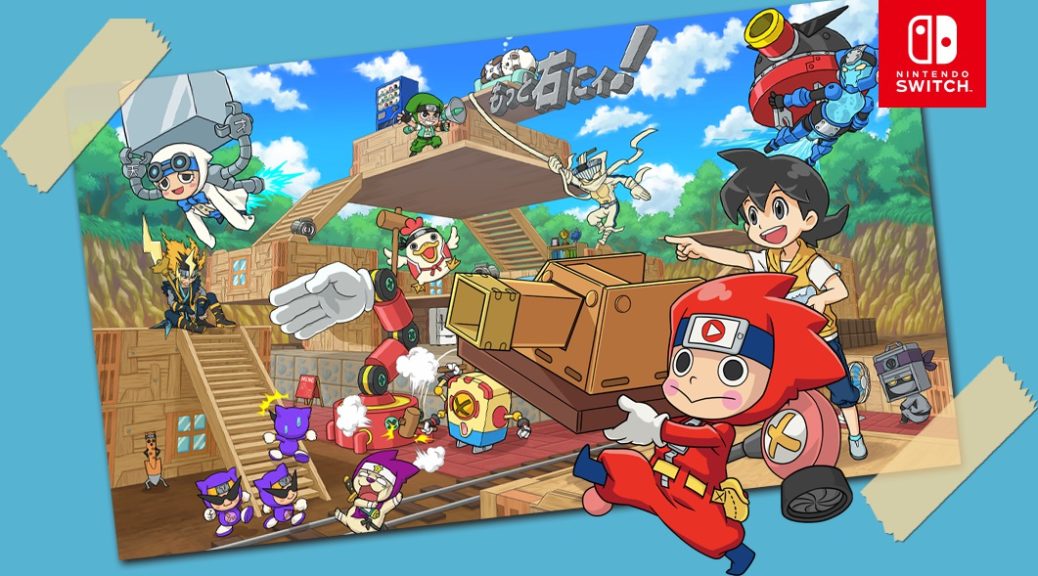 Bandai Namco has shared new details along with a few screenshots for their brand new sandbox crafting RPG, Ninja Box.

■ The Secret Employees of “Bukkowa Company,” The Enemy Organization They move in the shadows, but their names are… the Sunshines (in Japanese, this is a play on words for Three Company Employees, which is spelled San-Shain-Zu).

The Sunshines will stand in the way of Tonkachi and friends. What is the extent of their power…!?

A dependable older sister-type? As she heads towards her dream retirement, LET’S BEAUTIFY! A woman with an insatiable quest for beauty, it is rumored she devotes her time after 5:00 p.m. almost entirely to beauty. She deplores the fact that her co-workers are a robot and a gorilla, and seems to have given up on the idea of inter-company marriage. She attacks Tonkachi and friends using high-tech drone machinery.

NO MORE frittering away! The accountant of Sunshines! A robot who is very set against working overtime and will ignore orders from the president of the company in order not to do so. He is sternly cracking down on the company’s incurrence of wasted expenses, and is particularly watchful of Shakune’s actions, as she often fritters away. In battle, he is a crafty one whose quick movements allow him to hide in an instant. An ultra elite gorilla that can understand human language. It can only actually speak the words “uo” and “banana,” but Shakune and Jarisuke have a lot of faith in him. He attacks Tonkachi and friends using his beloved bananas and wild movements.

Bukkowa Company is an organization of bad guys trying to misuse the Ninja Box. It seems to have a lot of employees, including its underlings and the secret members known as the “Sunshines.” There is also an underlings chief who pilots a robot! What other bad guys will show their face…?