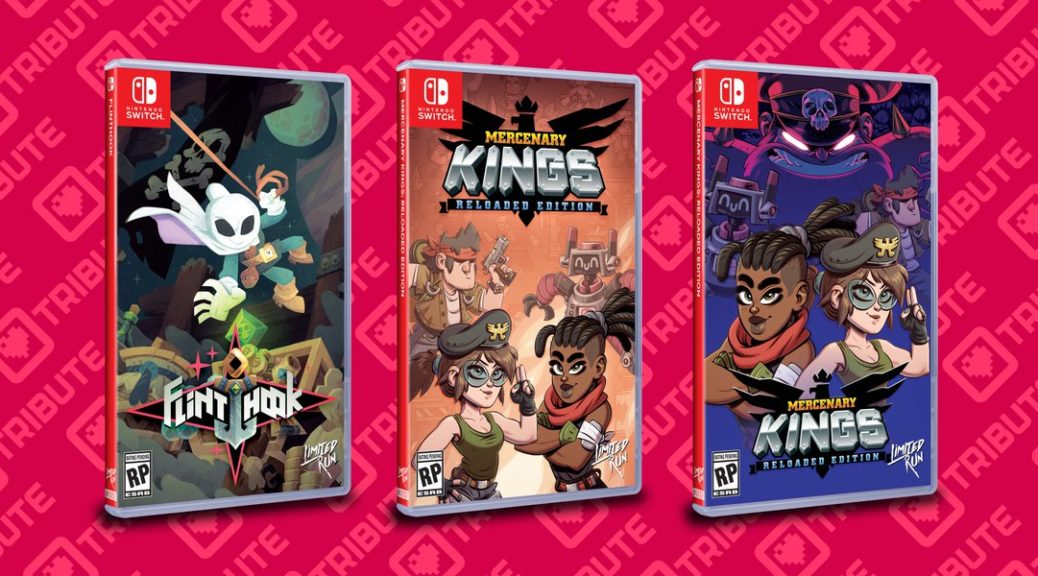 Limited Run Games has revealed they’re bringing Mercenary Kings: Reloaded and Flintbook to Nintendo Switch. Both games will be distributed at both retail and via the eShop.

Mercenary Kings: Reloaded will be out on the eShop on February 6, 2018. No date has been set for its physical release yet, and neither has a date been set for Flintbook.

More details on Mercenary Kings: Reloaded can be found below.

The fight for Mandragora Island carries on in this reloaded edition of the frantic 2D action game! The battle against the fearsome forces of CLAW continues but now, two BRAND NEW playable recruits have joined the world’s most skilled team of warriors-for-hire! With robotic helper C-Zar and the Resistance’s most powerful fighter, Frigg, Commander Baron’s troops don’t stand a chance!

In this upgraded edition of Mercenary Kings, players can take the commands of a mecha-armor in a BRAND NEW Steel Soldier Mission! You can craft 20 NEW weapons! The Kings have never been more powerful!

Whether you head into a solo mission or gather your crew, the days of CLAW are numbered!

Details of the update are as follows…