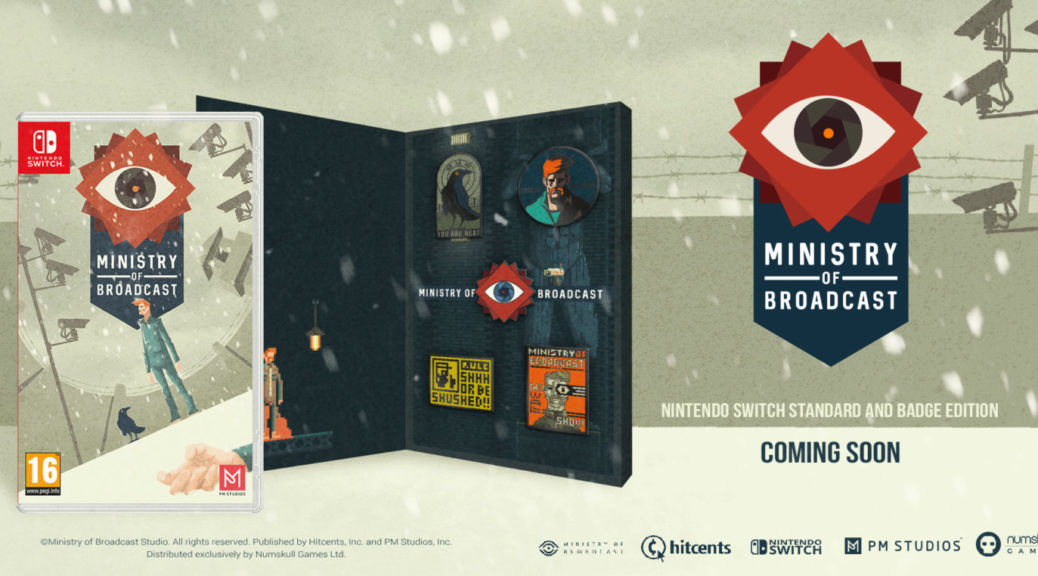 Numskull Games has announced a physical release for Ministry of Broadcast in Europe in May 2020.

The game will be released in standard and Collector’s Badge editions, so the SteelBook edition isn’t making its way to Europe.

Numskull Games is incredibly proud to announce that we will be publishing the award-winning and much-anticipated Ministry of Broadcast for the Nintendo Switch, available physically this May.

? Story and personality – In a country divided by ‘The Wall’, you must compete on (and win) a reality TV show broadcast by the Regime to cross over and reunite with your family. Featuring lots of impish humour, grade-A sarcasm, and comic mischief, all balanced perfectly with the dark, heavy themes presented in this dystopian world.

? Cinematic platformer – Run, jump, crash, and climb your way through each Arena as the narrative unfolds around you. Smoothly integrated animation sequences help tell its intricate story, as well as environmental storytelling, and NPC dialogue as you dive and dodge around them.

? Environmental HUD – Rather than a screen cluttered with overlaid indicators, HP bars, and mini-maps, any information the player will need is incorporated into the environment. Hints and clues are subtly meshed into the game’s art – players will need a keen eye if they want to survive each Arena without breaking their legs!

? Puzzle-solving – Use your wits – and at times a dash of ruthlessness – to advance through the Arenas. You’ll have to interact with the environment itself to solve most of the puzzles: use the protagonist’s momentum to move platforms, flip the occasional lever, and even sacrifice an NPC or two to cross spiky pits.

Available to play later this month at EGX Rezzed in London, this dystopian nightmare will be available physically for the Nintendo Switch this May from Numskull Games, with a Standard Edition and Collector’s Badge Edition both available.