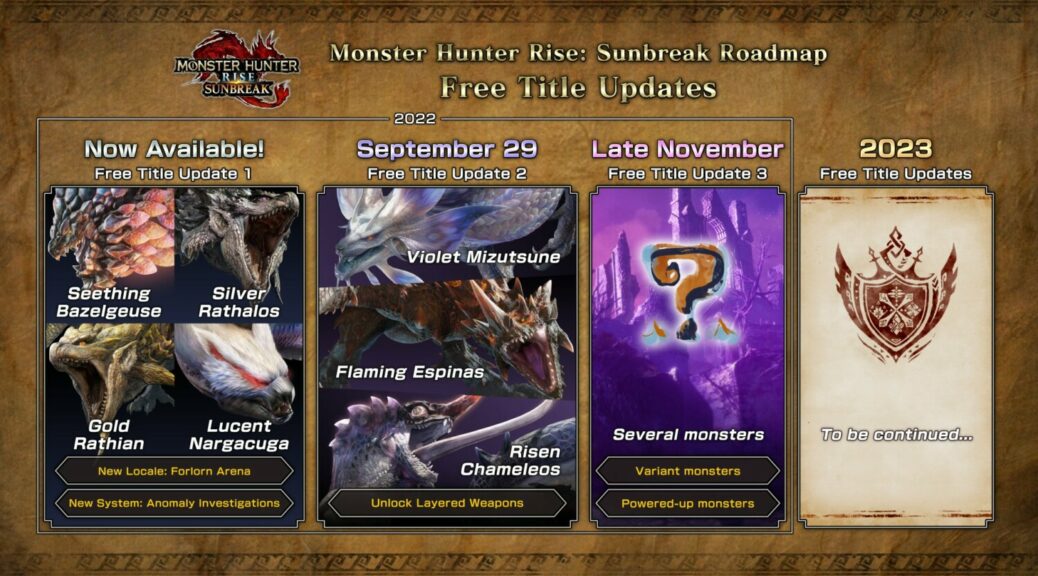 The third free title update for the expansion will be releasing in Late November 2022. As per the recap image shared, it will include “several monsters”, including variants and powered-up species. It will be the last free titlte update to launch in 2022, with further updates planned for 2023. At the time of this writing, it is not clear whether there will be more than one such update released next year.