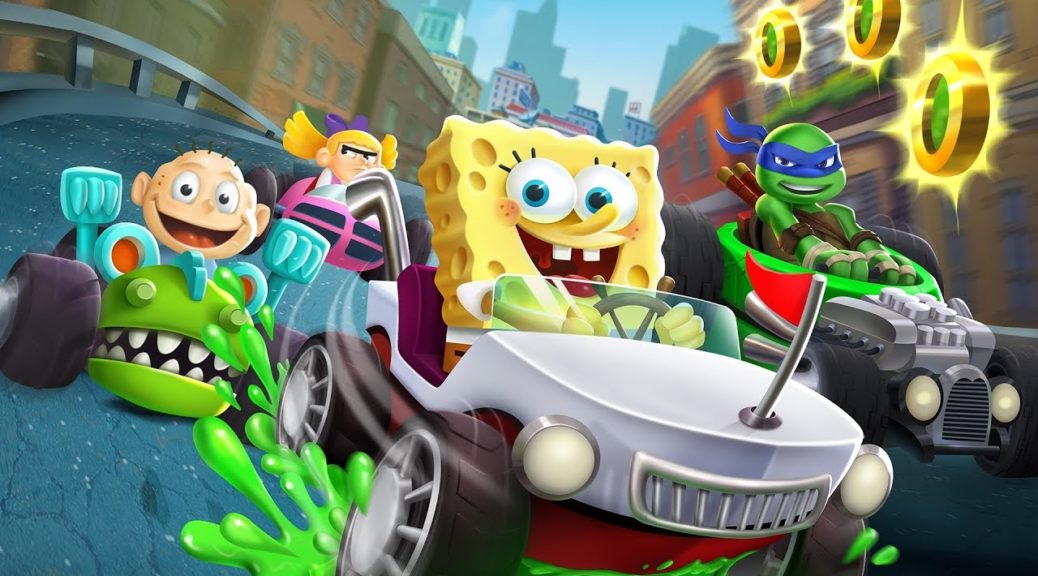 GameMill Entertainment has shared more information about their upcoming racing game, Nickelodeon Kart Racers. The game will feature 12 iconic characters, including those that older players will be familiar with and as with any Nickelodeon related stuff, you can’t forget Slime.

The game will be released later this holidays 2018.

GameMill Entertainment today shared a first look at the features coming to their newest title Nickelodeon Kart Racers, a multi-player console racing game that features iconic Nickelodeon animated characters from SpongeBob SquarePants, Teenage Mutant Ninja Turtles, Rugrats, Hey Arnold! and more, as they race on 24 different Slime-themed tracks. The game is rated E for Everyone and will be available on PlayStation®4, Xbox One and Nintendo Switch™ worldwide for holiday 2018.

The iconic Nickelodeon green slime, which made its debut in 1979, plays a critical role on the race track. Players will fill their slime bar by driving over the fluorescent green goo to activate speed boosts. Slime patches come in many shapes and sizes and do not come without risk; it is very slippery, so watch out! Other patches are so big, your kart will transform into a jet ski! If you’re lucky, you might just unlock a shortcut. Thanks to the slime valve and item boxes, you never know when your favorite Nickelodeon character might get slimed!