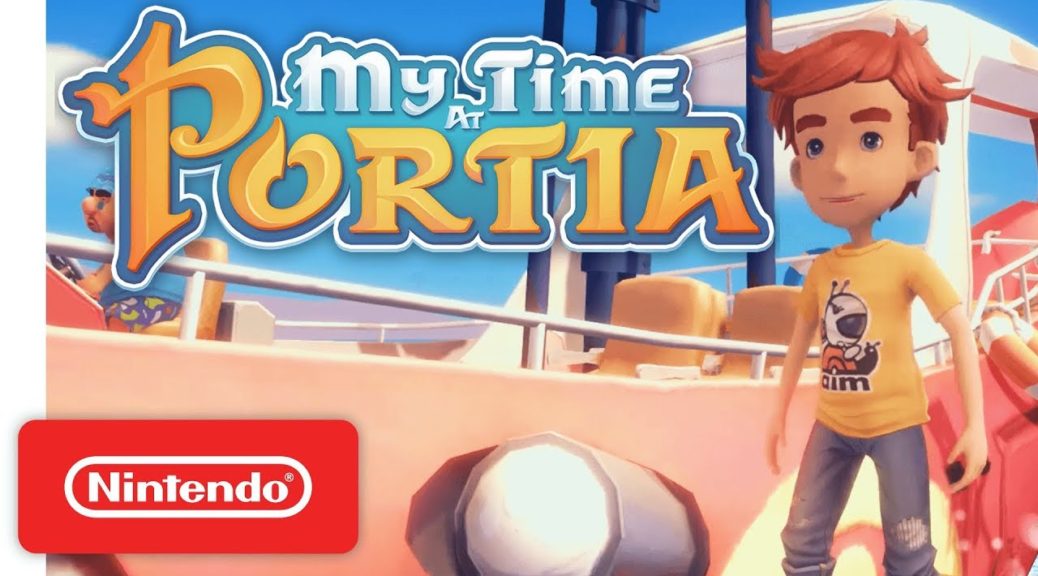 Team17 has confirmed a physical release for simulation game My Time at Portia for Nintendo Switch.

My Time at Portia will be published by Sold Out at retail in the west simultaneously alongside the full digital release. The game launches Spring 2019 for Nintendo Switch.

Check out the latest trailer and details below:

Team17, a global games label, creative partner and developer of independent, premium video games and China based independent developer Pathea Games are proud to share a release date for their charming sandbox simulation RPG, My Time at Portia.

Currently available in Steam Early Access, My Time at Portia will be getting a full PC release on the 15th January. A console version is also in development and will be heading to Xbox One, PlayStation 4 and Nintendo Switch™ in Spring 2019. Team17 has partnered once again with boxed distributor Sold Out to bring My Time at Portia to retail on consoles simultaneously alongside the full digital release.

To celebrate the announcement of the release date, a new trailer has also been released today.

Arriving in the enchanting town of Portia, you’ll be able to start a new life and set to work restoring your Pa’s neglected workshop to its former glory. Armed with your Pa’s workshop handbook and workbench, you must gather, mine and craft your way to being crowned the number one workshop in the whole of Portia!

Besides crafting and building there’s plenty more to do and discover in Portia including growing crops, raising animals, befriending the towns quirky inhabitants and uncovering the mysteries this charming post-apocalyptic land has forgotten.

Inspired by the likes of Animal Crossing, Harvest Moon, Dark Cloud 2 and the magic of Studio Ghibli, My Time at Portia whisks you away to a captivating world of wonder that you won’t forget. How will you spend your time at Portia?