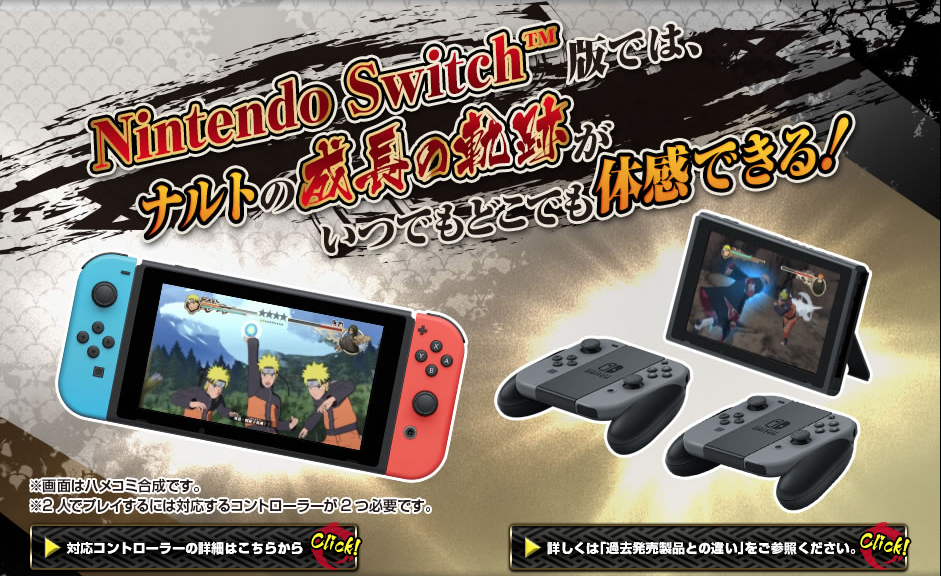 Just like in Europe and Japan, the game will be released on April 27, 2018. Watch the trailer below.

Ninjas! #Naruto Storm Trilogy is coming to your Nintendo Switch. Re-live your favorite moments as you venture through the history of Naruto's epic battles! Prove your strength as the strongest shinobi when Naruto #Storm Trilogy arrives on the @NintendoAmerica #Switch April 27th. pic.twitter.com/smmZ9aAn1e