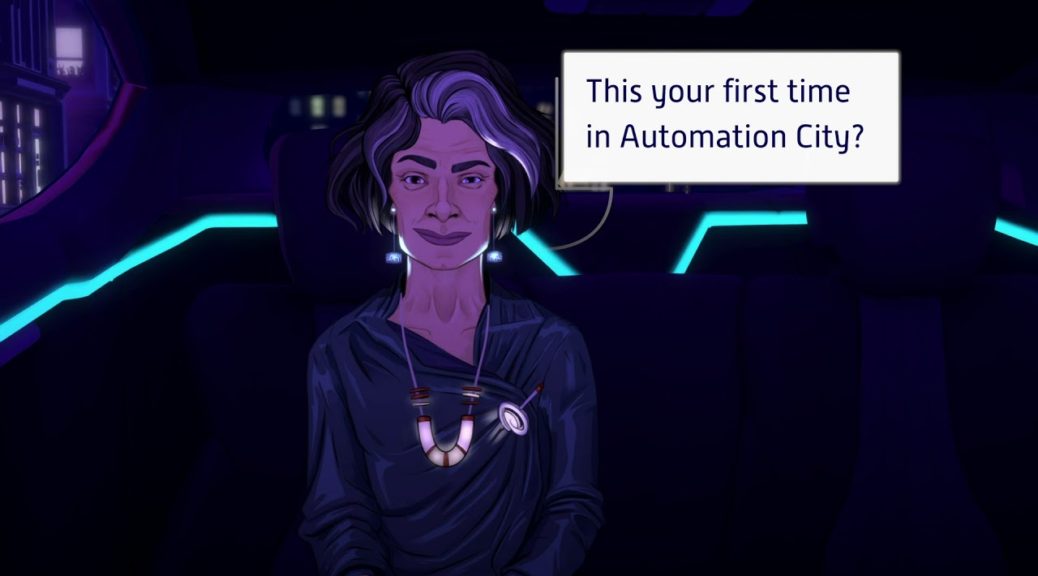 Neo Cab is scheduled to launch October 3, 2019 on Nintendo Switch for USD19.99 via the eShop. Pre-orders and a new demo are now live on the eShop.

Is your rideshare driver more than just a star rating? Have you ever stopped to consider how their day is going? Fellow Traveller and Chance Agency are excited to announce their emotional survival game of rideshare driving in an AI-driven world, Neo Cab, will be arriving on October 3rd. It will be coming to both PC (Windows, Mac) at $14.99 USD and Nintendo Switch at $19.99 USD. Pre-orders are live on the Nintendo eShop right now, and players are also invited to try Neo Cab in a new demo on Steam or Nintendo Switch! How will you manage your emotions under pressure?

Neo Cab, an emotional survival game with a strong narrative focus, challenges you to stay human in a world overcome by automation. Play as Lina, one of the last human rideshare drivers in a near-future, AI-driven world. Your friend and only lifeline has gone missing; with no money and nowhere to stay, the only thing you can do is keep driving. Use the Neo Cab app to navigate the city, choose your passengers, and engage with them to learn their stories — and uncover the truth about your own.

Inspired by the rise of our app-driven daily lives, Neo Cab Creative Lead Patrick Ewing is eager to confront the possible perils of our automated future saying, “What are the merits of personal, human service and why are sterile, automated interactions often presented as a core part of utopia? In Neo Cab, Lina is one of the last human drivers, and so those who get into her cab are in need of the human touch! Some of her passengers will enjoy having a conversation while they get from Point A to Point B. Others might prefer that automated utopia, and see Lina as just another node in the service mesh of automated capitalism.”