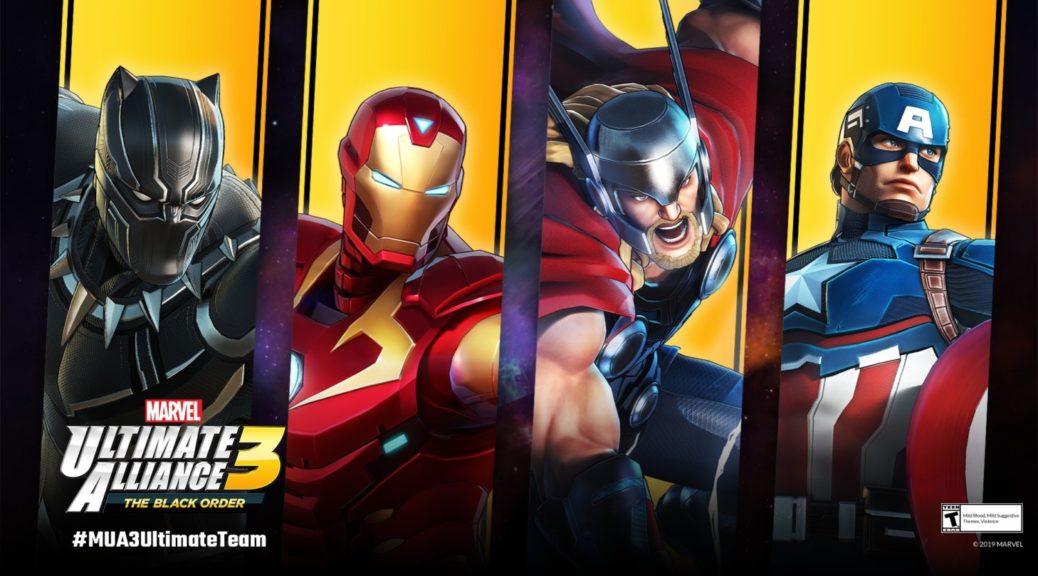 Marvel Entertainment has revealed the next round of free costumes coming to Marvel Ultimate Alliance 3: The Black Order.

As announced via a new “Marvel Minute” presentation, the next batch of free costumes for Marvel Ultimate Alliance 3 will be for Black Panther, Iron Man, Thor and Captain America. Unfortunately, we did not get to see what the costumes would look like, nor did we get any information about when they would be releasing.

The presenter did say however, that these were part of the “promised free costumes”, meaning that they are most likely not tied to the upcoming “Curse Of The Vampire” Paid DLC. We will report back with more details as they come.

What do you think these costumes will be?  Let us know in the comments.