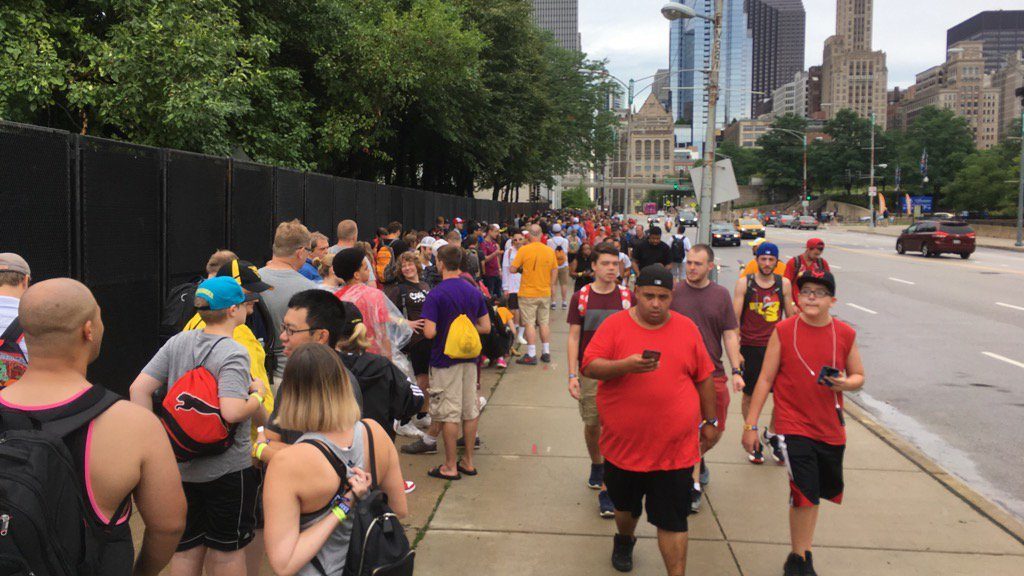 Things are going awry at Pokemon GO Fest Chicago, as many issues are plaguing participants at the event.

According to reports streaming in from peeps at Pokemon GO Fest Chicago, the game is literally unplayable. The app frequently crashes and many are experiencing connectivity issues, possibly due to the large amount of people concentrated in one area.

That’s not all – not everyone has been checked in into the event, as people are still waiting in line to enter Grant Park – which is absurd as the second Challenge Window has just ended.

With the amount of money Pokemon GO trainers have paid for tickets and perhaps even traveling across the world, the anger seething is understandable. As Niantic CEO John Hanke took the stage, he was booed off by the crowd.

lol, people booing at Niantic CEO John Hanke on stage at Pokemon Go Fest because the game is unplayable for many attendees pic.twitter.com/QFZQTiMRxr

It wouldn’t be surprising if the goals for the Pokemon GO Fest challenges aren’t met due to the issues complicating players at the event. And that would also mean the first Legendary Pokemon may not be appearing today. Whatever the case is, we hope Niantic irons out the issues as soon as possible before things spin out of control.