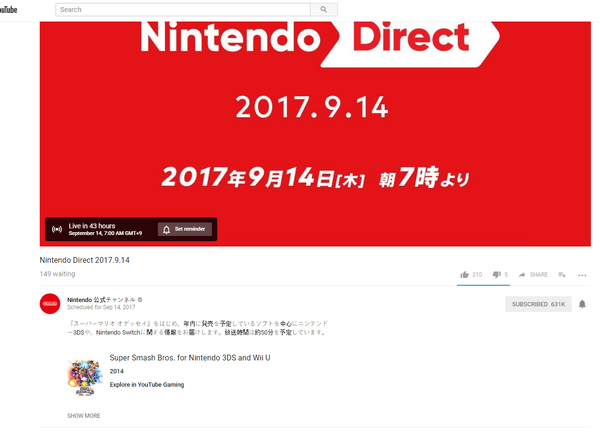 Something really strange has been spotted on the official Japanese Nintendo Direct video on Youtube.

A Super Smash Bros. for Nintendo 3DS and Wii U tag has been found on the video, and the reason for this is unclear. Usually a tag is given either when the video itself has footage of the game, or it’s manually tagged by the video creator.

Whether this is a mistake or real hope for a Super Smash Bros. port on Switch remains to be seen. Let us know what you think it is below!