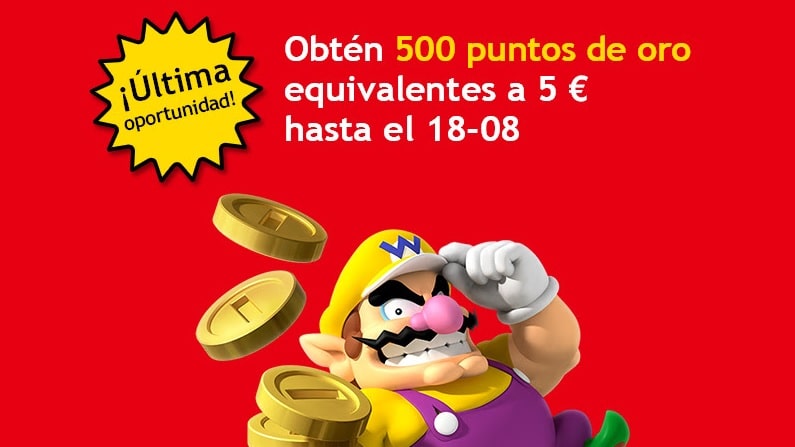 Today we have an interesting piece of news coming from Spain.

Nintendo of Europe has sent out an email to some users living in Spain informing them that they could earn an additional 500 Gold Points by spending EUR20 or more on the Nintendo Switch eShop.

This offer lasts until August 18, 2019 and applies to all sorts of digital content available on the Nintendo eShop. As not everyone received this email, if you have received it congratulations – it means you are eligible for this promotion.

500 Gold Points, which can be exchanged for EUR5 on the eShop, will be credited to the accounts of users who spend EUR20 or more before the deadline by August 22.

“Surprise! Until August 18, a limited number of Nintendo Switch users can earn an additional 500 gold points * by spending a total of € 20 or more on Nintendo eShop, and you are among them! That means you will recover € 5 in the form of gold points. * The offer is valid for games, downloadable content and passes!