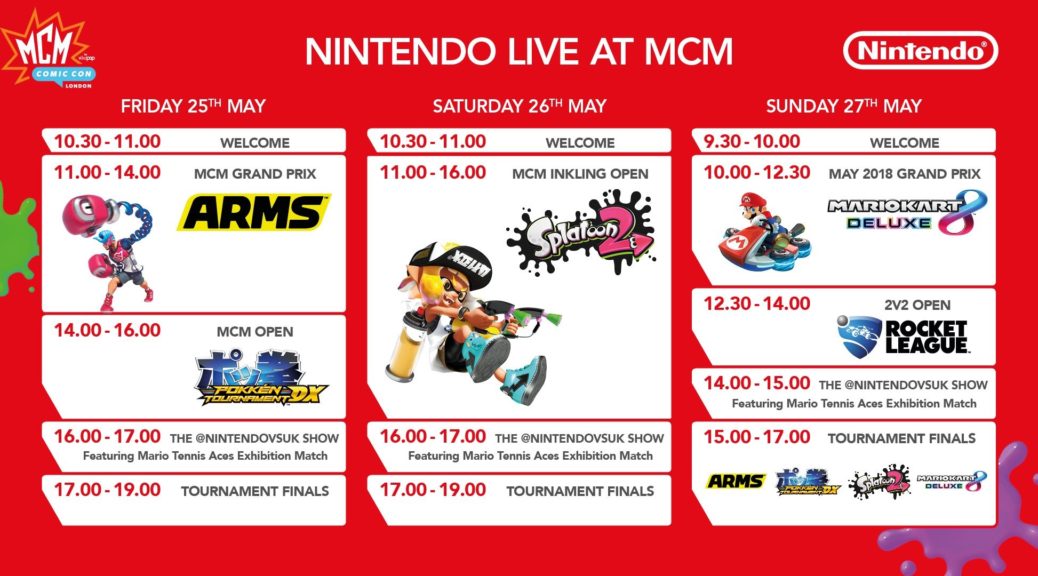 The biannual MCM London Comic Con is taking place this weekend and Nintendo UK is hosting a variety of tournaments during the expo. Tournaments of popular Switch multiplayer titles such as ARMS, Pokken Tournament DX, Splatoon 2, Mario Kart Deluxe 8, Rocket League, and Mario Tennis Aces will be held during the event.

In case you can’t be there, Nintendo UK will also be streaming highlights of the tournaments on their twitch channel here, so why not join in the fun wherever.

Can’t make it to London this weekend? Fear not, you’ll be able to watch headline tournaments live every day from our @MCMComicCon stand at https://t.co/OPIDxSUmC8.

Check out the livestream schedule below for more information. pic.twitter.com/wnGUN8lduo