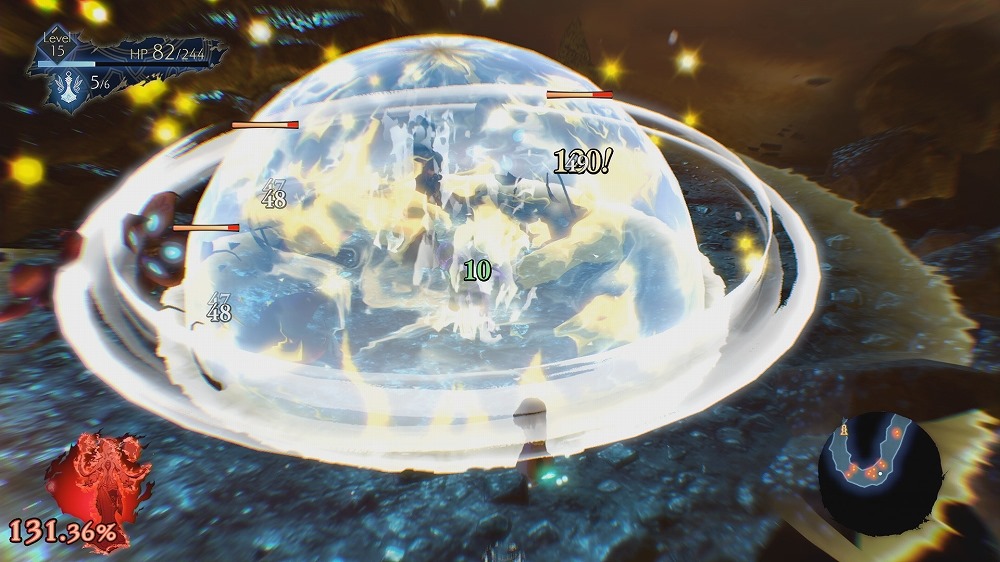 Square Enix and Tokyo RPG Factory has released a new profile along with a bunch of screenshots for the Daemon Lucica and the dangerous monsters in the action RPG Oninaki.

Lucica is a Daemon who focuses on melee hand combat and has the ability to cast barriers and block enemy attacks while bestowing Kagachi the strength to deal massive damage to his foes. Thus far, we’ve already been introduced to the Daemons Rigan, Dia, Zaav, Wil, and Treize.

In addition, dangerous monsters that appear as silhouettes in the world of the living are considered rare monsters that pose a major threat to Kagachi. However, once defeated, they will bring great and rare rewards to successful players.

Oninaki, the upcoming all-new action-RPG developed by Tokyo RPG Factory, will be hitting the Nintendo Switch on August 22.

Check out the in-game screenshots and details below:

A Daemon who gives her all towards her duties. She wants to have more strength and wisdom, and can focus on this for periods of time that can feel like an eternity. She feels that the people forging a path to a new age are the light of hope. Her playstyle focuses on melee hand combat supported by devices that enhance one’s abilities. She also opens up barriers and uses techniques that can block enemy attacks while dealing out massive amounts of damage.

These dangerous monsters can be identified from the world of the living as mysterious animal-shaped marks on the ground. They are rare monsters that pose a big threat but will yield rare rewards when defeated.