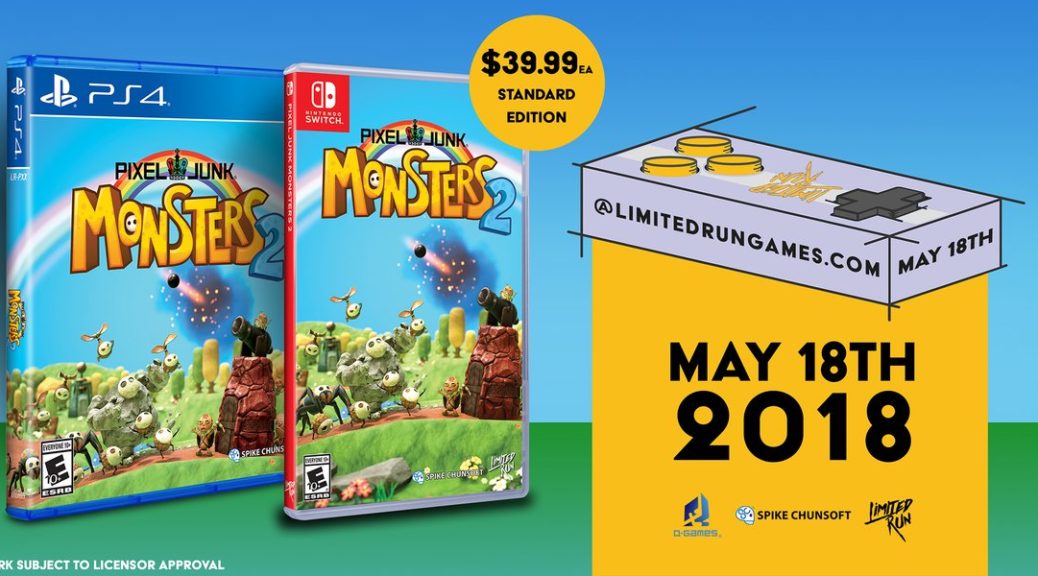 Limited Run Games has revealed they’ve worked with Spike Chunsoft for PixelJunk Monsters 2 to be their next Nintendo Switch physical release.

PixelJunk Monsters 2’s physical release will include all previously announced DLC. The game will be available exclusively on the official Limited Run Games website for pre-order from May 18, 2018 10am Eastern Time.