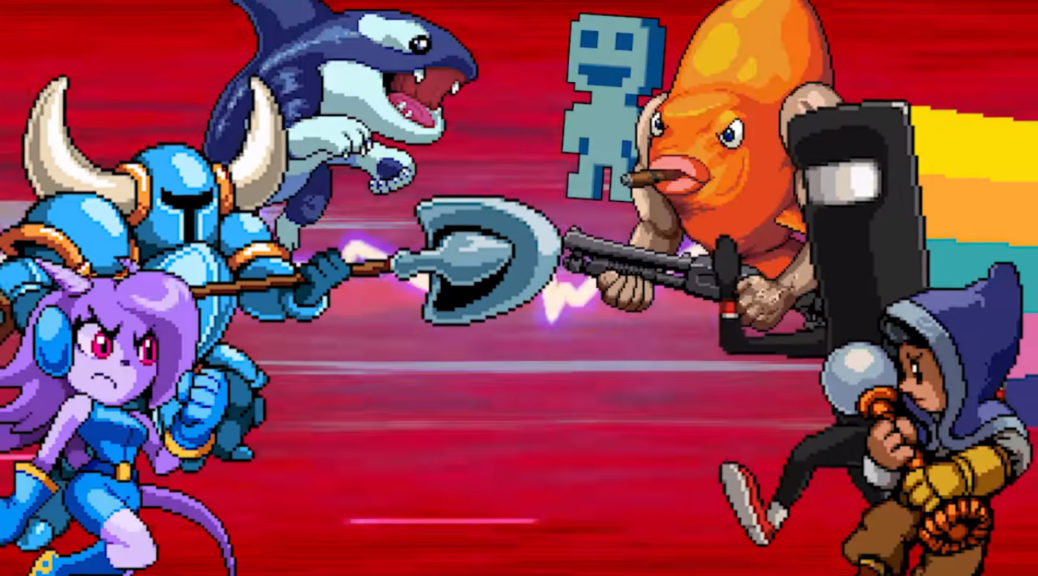 Developer Lowe Bros. Studios has announced that their platform brawler Indie Pogo is heading for Switch.

Indie Pogo is a 2D crossover fighting game starring many popular indie game characters, including Lilac from Freedom Planet, Orcane from, Rivals Of Aether, and of course, Shovel Knight.  The Switch version of the title is reportedly in development for a 2021 release, and will include all previous and upcoming DLC fighters.

The upcoming DLC fighters includes Meat Boy from Super Meat Boy, who was revealed alongside the Switch version in the trailer below: