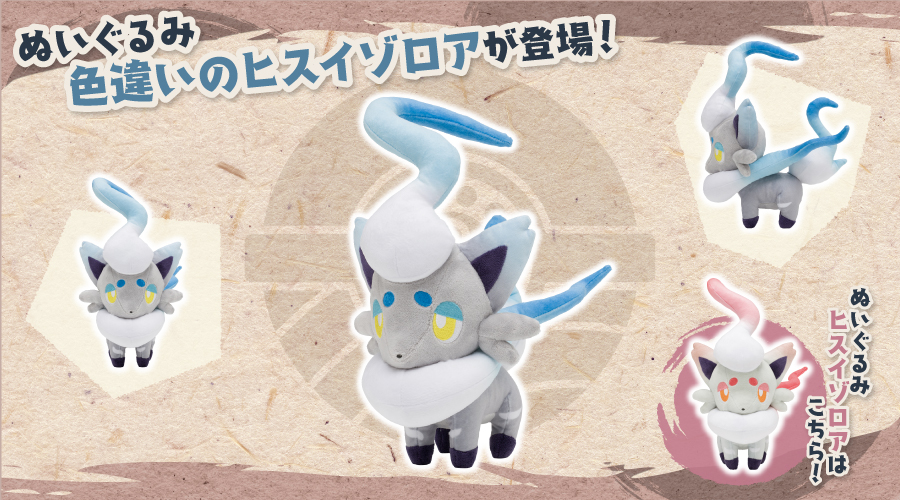 Pokemon fans can soon grab another plush friend from the ancient Hisui region!

The Pokemon Company has revealed an official new plushie of Shiny Hisuian Zorua. Folks will be able to grab one at Pokemon Center stores within Japan from 26 November 2022 onward.

International customers should also be able to order the plushie from Amazon Japan a few days after release.

We’ll report back as we hear more about more Pokemon Center Japan in the future. Stay tuned.