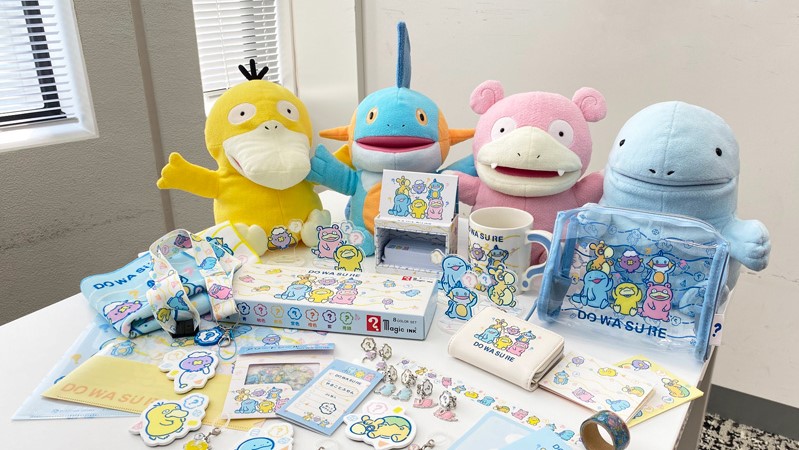 Been waiting to grab Pokemon Center Japan’s adorable merchandise with an Amnesia theme? Now’s your chance!

Pokemon Center Japan has officially opened international pre-orders for its new “DOWASURE” (“ドわすれ”) merchandise line, which features Pokemon using the move Amnesia. As reported previously, the line-up will include plushie puppets of Psyduck, Marshtomp, Slowpoke, and Quagsire along with various accessories!

You’ll can now pre-order most of them directly from Amazon Japan over here (while stocks last). They should ship worldwide starting from 28 January 2023 onward, as long as the seller is “Amazon.co.jp”.

Check out our guide first if you are new to shopping on Amazon Japan. Here are some preview images below: