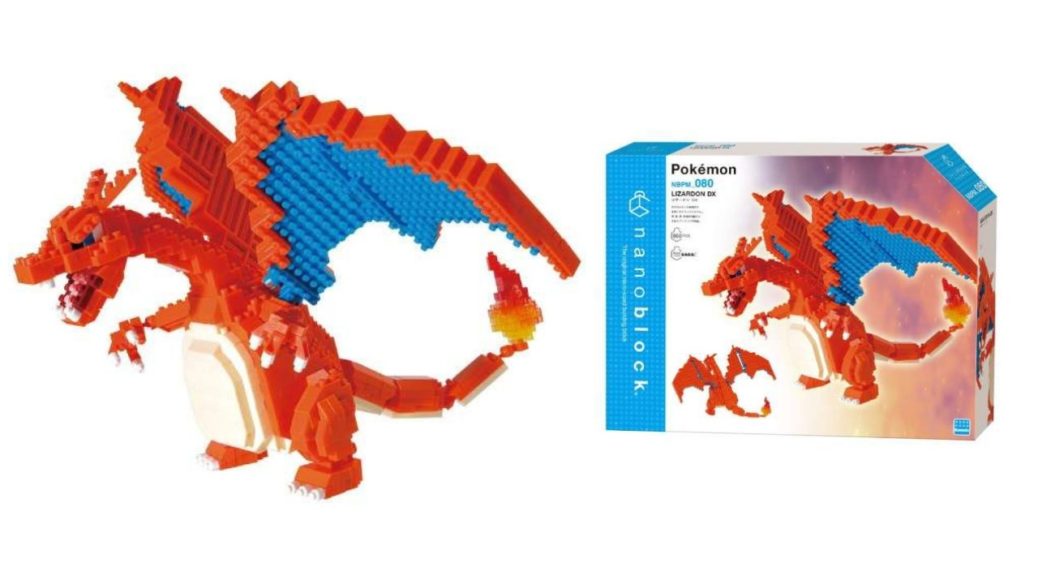 It looks like Charizard fans will be able to build the fiery Pokemon as an awesome brick replica in the near future!

According to recent retail listings, Kawada will be releasing a new Pokemon Charizard DX Nanoblock set in Japan in Late November 2021. As you can see in the preview pictures below, the large brick figure will include some posable joints in its wings and limbs!

We’ll report back as we hear more in the future, and if international pre-orders open. Stay tuned!