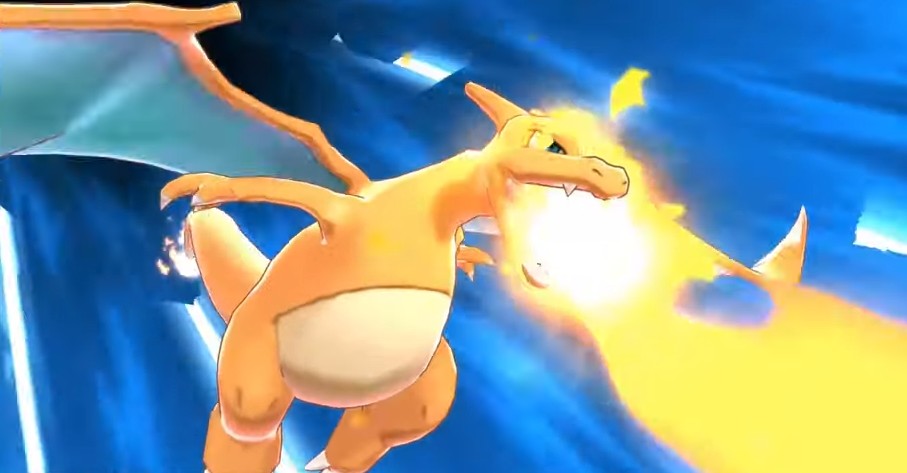 A gameplay video of Pokemon battling each other in a Chinese bootleg has went viral in the Pokemon community.

The reason why it went viral is because the Chinese bootleg, Pokemon fans claimed, have higher quality animations than Pokemon Sword and Shield. For example, Charizard breaths fire through their mouth, and Magnemite breaks into three pieces when it runs out of HP.

Here is a gameplay video showing off the animations:

If you can’t watch through the entire video, here’s a short clip showing a high quality animation of Pikachu in the bootleg:

Here are some reactions to the Chinese bootleg:

“It’s honestly unreal. It’s absurd that a gatcha game from the Chinese actually had better animation than the mainline games.” – Benthenoobhunter

“Its embarassing that fans have to turn to a Chinese bootleg mobile game to experience something as basic as “[pokemon] runs/flys up to the opponent and strikes” and “beam firing out of the appropriate spot”.” – Crayonbee

“What the hell!! This is brilliant, there’s personality in the moves. This is the bare minimum that Gamefreak should strive for” – Summerclaw

“Exactly! They couldn’t even go for the minimum. They just copied pasted everything from their 3ds games and gave it news (not so great) textures and lighting. I kid you not, sns looks like it was made in 6 months at much. Doesn’t look like a game that has been made since 2016 (the sns one)” – AnnTauz

I’ve been pretty strongly supporting the idea that Gamefreaks animations have been bullshit for a company using it as the new excuse to not adding in every Pokemon.

However, I looked into this game more. There are only 67 Pokemon in this game, and each of them pretty much only have one idle animation, one basic attack animation, and one special animation like Pikachu here. Factually, we have over a dozen (even if they’re mediocre) animations per 809 Pokemon currently out. I do agree these are better, but there’s a line I think we need to draw when it comes down to expectations. Being able to work on 4x less animations on not even 10% of the Pokemon released is much more believable for a Chinese bootleg than say, 12-15 animations like this per 900 Pokemon (counting the upcoming total).

I’m with everyone saying fuck Dexit and that Pokemon deserves better. Gamefreak definitely shouldn’t be excused for mediocrity. I even think every Pokemon deserves one animation of this caliber at minimum. Just, let’s just not be unreasonable though and act like these guys accomplished way more than what Gamefreak has accomplished in general. It lacks a region and is pretty much just a battle simulator with 2 animations per 67 Pokemon running on a gacha unlock system (Common, Rare, Super Rare, Ultra Rare etc).” – Abbx