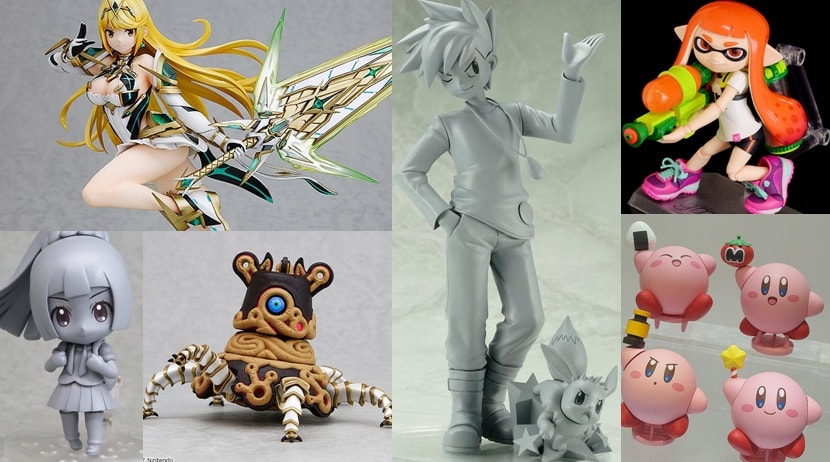 During Wonder Festival 2018 Winter held today in Tokyo, Japan, figurine manufacturers Good Smile Company and Kotobukiya shown off a batch of new prototype figurines to the public for the first time.

Highlights include a figure of Mythra from Xenoblade Chronicles 2, Inkling Girl from Splatoon, and a figure and Nendoroid of Blue from Pokemon. Also previously announced a couple of hours ago was the Lillie figure from Kotobukiya.

Check out the full list of figures announced and their images below.

Guardian (The Legend of Zelda: Breath of the Wild) (Nendoroid)