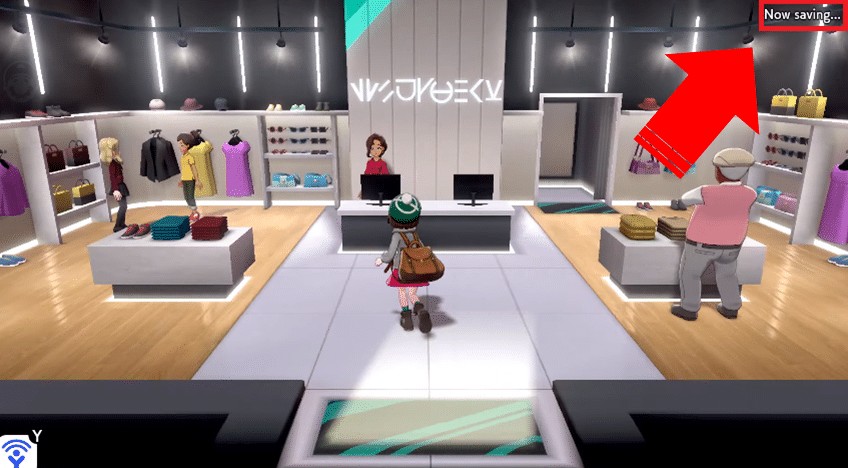 Earlier this week, Nintendo revealed more juicy details about Pokemon Sword/Shield during its September 4 Direct presentation. Amidst all the hub-bub about the Curry-dex and Cramorant’s Gulp Missile, however, some eagle-eyed fans have spotted another interesting detail hiding within the Direct.

In particular, there’s a moment where the female player character walks into a store during video showcase. It’s at this moment that the phrase ‘Now Saving…’ appears in the top-right corner. Check it out for yourself below (it pops up for a split-second at 0:45).

Some are now speculating that this could be some sort of auto-save feature – which would make it the first of its kind for the mainline Pokemon games.

If it is indeed an auto-save feature, it’s not clear just how extensive it will be. Fan site PokeJungle brought up some potential concerns for die-hard Pokemon players – whom may find it harder to reset the game for Shiny Pokemon or ideal natures if an auto-save disrupts the process.

On the flip-side, however, an auto-save feature could be a fantastic addition for many new or longtime fans. Forgetting to save from the main menu would be a problem of the past. Additionally, it’s possible that this supposed auto-save feature will have a ‘disable’ option – like in Super Mario Odyssey and Breath of the Wild.

Hopefully Nintendo or Game Freak will clarify this detail eventually. We’ll report back if we get an update!